Tim Clancy is not afraid to air his long-term ambitions.

The 35-year-old Drogheda United boss is busy readying his team for Friday night's crunch First Division play-off first leg at Cabinteely, and he's desperate to take the Louth club back to the Premier Division.

Clancy took the reins two years ago as a rookie manager. He's done extremely well at United Park on a tight budget, leading them to the play-offs for the second season running. His talents have not gone unnoticed.

Shels were interested in the ex-Kilmarnock, Hibs and St Johnstone defender a year ago, but he wanted to stay with the club who gave him his first job in management and he's keen to repay their faith with promotion.

Longer term though, Clancy wants to manage across the water.

"The ambition for myself is, I want to manage here in the Premier Division first and hopefully get back over to the UK and professional football there," he told the RTÉ Soccer Podcast.

"The short-term goal is definitely to get Drogheda promoted. I think we've got something good going here. I'm not in any rush to jump ship and go anywhere else.

"It's a goal you'd set yourself. I wouldn't be disappointed if I stayed in Ireland for my whole career. There's better managers than me that haven't gone over to England. It's not easily done.

"I would like to get the opportunity at some stage, it's an ambition I'd have, but it's not something I'm saying is going to happen because I know it's going to be very difficult.

"It's a different culture in the UK, it's a proper football industry." 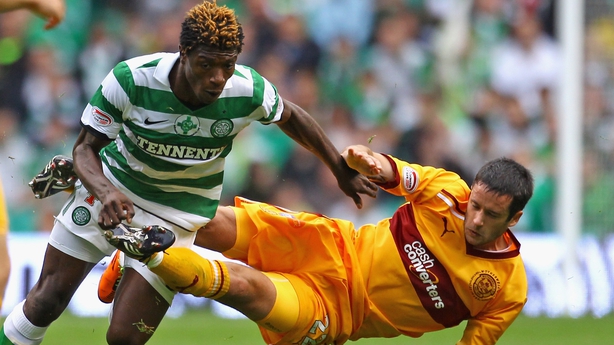 Clancy and his highly-rated assistant Kevin O'Connor signed fresh two-year deals with the Drogs in September, with the chairman Conor Hoey labelling Clancy "the best young manager in the League of Ireland".

"Drogheda have been very good to me," the Trim native says.

"Getting a two-year deal is nice. It's a bit of security. I hope I can repay the faith they're showing in me."

"The goal at the start of the season was to make the play-offs again and try and improve on last year. We'd a fourth-placed finish last year and then came up short against Finn Harps in the semi-finals of the play-offs.

"We'd probably have taken fourth again this year, but the way it played out we were delighted to get second."

The Drogs pushed Shelbourne all the way in this year's title race. Ian Morris's charges sealed the league with a 3-1 win at United Park in the penultimate game of the regular campaign but the hosts were unlucky that night, losing Sean Brennan to a red card when the game was scoreless.

Had they won, Drogheda would have been crowned champions themselves with a victory in the last match of the regular campaign.

"It was a big occasion," Clancy adds of that Shels encounter.

"It was brilliant to have a game of that magnitude in the First Division. From the outset Shels were the favourites to win the league, so I think everyone had their sights on them, to try and get as close to them as possible.

"They probably didn't have the best start, but they went on an incredible run midway through the season to the end. We tried to stay with them as long as we possibly could. We just came up a bit short." 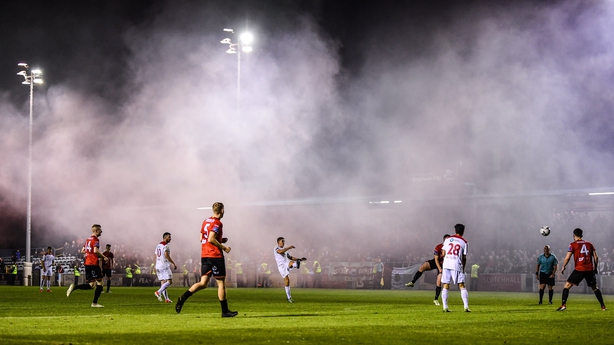 And yet there's still loads to play for. Clancy was thrown in at the deep end when he took over at Drogheda, but he has flourished. He essentially went straight from playing to coaching, having been at Bray shortly before taking over from Pete Mahon at the age of 33.

The transition, he admits, was something he'd been considering for a while.

"I ruptured my Achilles with a day left on my contract when I was at St Johnstone (back in 2014).

"I moved back home and it was probably then I really started thinking about getting my badges and looking further down the line. I played here for three years and in that time I got my B license and my A license.

"The next natural step for me was to go into coaching. Ideally, you probably want to go in under a manager and learn the tricks of the trade, but this opportunity came up. Thankfully, it's gone pretty well the last couple of years.

"I didn't really have any knowledge of the First Division. Kev coming in was very good for me. He'd managed and coached in the league with Shelbourne. He knew a lot more of the players and the clubs. It was a massive help for me.

"You never know if you're ready or not until you get started and get chucked in. I think Stevie O'Donnell is probably the same now at Pat's. He's gone straight in and he was doing a good job at Dundalk as the opposition analyst.

"He's probably thinking to himself, 'you can't turn god jobs like that down'. I'll think he'll be very successful as well."

As for the Drogs?

"We try and improve each year," Clancy concludes. "We're hoping to keep the improvement going."