The Lilywhites come to Dalymount with another league title safely tucked away and an FAI Cup final to look forward to. Bohs meanwhile have Europe in their sights.

Keith Long's men may have missed out on a place in the Aviva Stadium decider at the hands of bitter riovals Shamrock Rovers, but they've still enjoyed another stellar campaign.

Third in the table, two points ahead of Derry City with three games to play, a win tonight would be a major stride forward in guaranteeing European football will be coming back to Phibsborough next year.

Dundalk: Six players have come down with a flu over the course of the week and are been monitored. John Mountney is still out with a foot injury. Patrick McEleney is sidelined with hamstring and back issues.

Robbie Benson (Dundalk): "Bohemians have had a great season. They are in a battle to finish in the European spots and they will be ready for the game. They will see it as a great opportunity to beat us. They will think it's a good time to play us in respect to not having much to play for in the league itself but we still want to win every game. There's points records and other things available to us that we want to achieve." 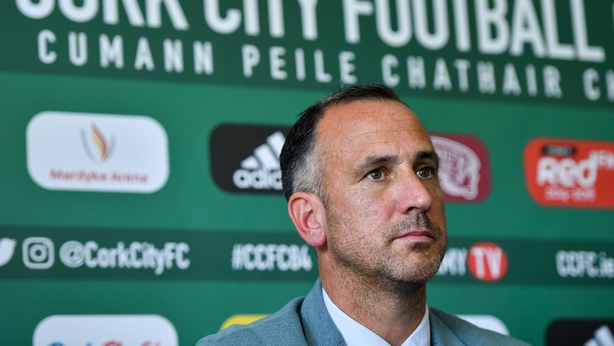 How has it come to this for Cork City?

A dreadful campaign could yet get worse but they should finally kill off the lingering threat of getting sucked into a dreaded relegation/play-off with victory tonight.

Neale Fenn has yet to taste victory since taking the reins at Cork, who come into this off the back off two consecutive league defeats, at Derry and Bohs.

Cork City: Ronan Hurley remains out but Kevin O’Connor has returned to training and is available. Cian Bargary and Cian Murphy are unavailable.

Neale Fenn (Cork City): "It's a huge game for us, depending on how the result goes at Shamrock Rovers. We’re not too overly concerned with how other teams are doing, we just need to concentrate on ourselves because we need a result. Against Bohs, both teams were evenly matched, it was just a stroke of luck that went their way and they end up winning it." 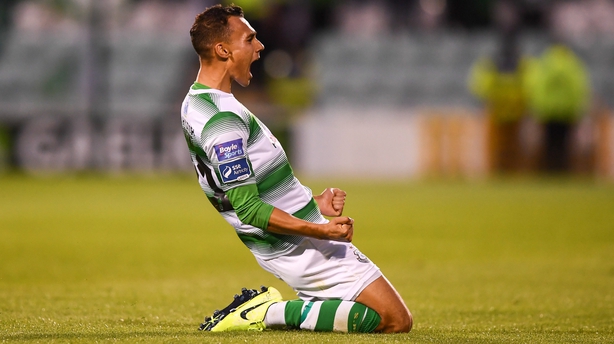 The vibes are good in Tallaght since that FAI Cup semi-final win at Bohs. They have second spot wrapped up but will be keen to maintain momentum leading up that mammoth Aviva showdown with Dundalk on 3 November.

Finn Harps are fighting for their lives. Ollie Horgan's men can still catch third-from-bottom Cork but they need a huge performance tonight to keep that dream alive.

Shamrock Rovers: Jack Byrne (Republic of Ireland) and Roberto Lopes (Cape Verde) are both on international duty. Sean Callan is out injured while Joey O’Brien and Gary O’Neill are suspended.

Finn Harps: Daniel O'Reilly and top scorer Nathan Boyle are back from suspension.

Stephen Bradley (Shamrock Rovers): "I'm sure they’ll come with a strong game plan like they always do. Ollie has done a fantastic job again. They’re going to try and take points off us to try and catch Cork so we’ve got to be ready for that and make sure we’re at our best."

Ollie Horgan (Finn Harps): "Rovers are the only team in the Premier Division that we have not scored against this season which shows the task ahead of us... but we will prepare as well as possible and look to do ourselves justice on the night." 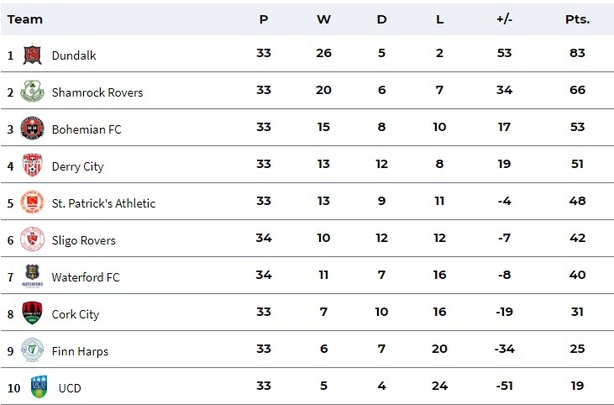 Waterford head across the water to take on Scottish League Two outfit Stenhousemuir FC in the fourth round of this competition.

The Blues enjoyed 3-1 home win over Hearts Colts in the previous round and are in good form domestically. They took another three points on Tuesday night thanks to a 2-0 win against Sligo Rovers.

Waterford FC: Zack Elbouzedi is on international duty with the Republic of Ireland U21s. Kenny Browne continues to miss out through injury.

Alan Reynolds (Waterford FC): "We’re all looking forward to the trip. Like the previous round against Hearts, the match offers the club, coaches and players something different in terms of opposition, venue and competition and it’s something they’re looking forward to being involved in again.

"We’d hoped to be able to bring a lot of the young Academy players who played in the last round but they’re preparing for their national semi-final next weekend so we didn’t want to risk them, but they have a massive game coming up so they’re focussing on that."