Bernardo Silva has been given more time to respond to an English Football Association misconduct charge related to a tweet he sent about Manchester City team-mate Benjamin Mendy.

The deadline for a response was originally set for Wednesday but it's understood that has now been extended to 21 October after an application to the chairman of the FA's judicial panel.

Silva tweeted an image of a young Mendy alongside an image of the brand mascot of Spanish confectionery brand Conguitos on 22 September. The post was later deleted.

The FA said on 2 October when the charge was issued that in its view the post amounted to improper conduct which brought the game into disrepute. It was described as an 'aggravated breach' as it "included reference, whether expressed or implied, to race and/or colour and/or ethnic origin".

FA guidelines state that a proven breach of rule E3 on social media would not immediately mean a six-match ban, as a proven offence on the pitch would.

Where the comments are "clearly pejorative and discriminatory", match-based sanctions can be imposed.

Mandatory education courses are also to form part of any sanction for a proven offence.

Anti-discrimination campaign group Kick It Out called on the FA to take retrospective action against Silva the day after the tweet was posted.

On the same day as the tweet in question, Silva posted: "Can't even joke with a friend these days... You guys..."

It is understood Silva wrote to the FA to express regret over the Mendy tweet, while Mendy also wrote to the governing body to say that no personal offence had been caused. 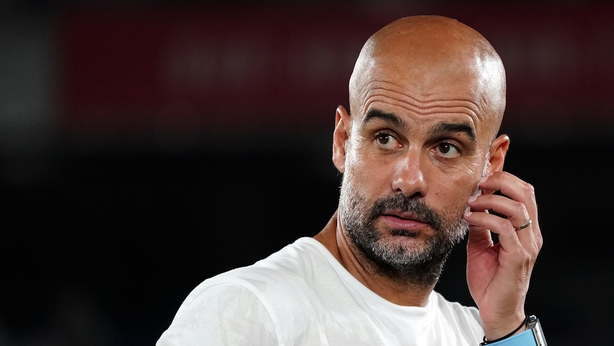 City manager Pep Guardiola also leapt to the defence of his player.

"Bernardo is one of the most lovely people I have ever met in my life," Guardiola said on 25 September.

"He speaks four or five languages - that is the best way to understand how open-minded he is - and one of his best friends is Mendy. He is like a brother for him. The image for the two is not about the colour of the skin."

Guardiola added: "If (a charge) happens it would be a mistake because Bernardo is an exceptional person."

Another of Silva's team-mates, England forward Raheem Sterling, also spoke out in his defence.

Sterling, who has drawn praise for his strong stance against racism in football, told Sky Sports after City's match against Everton on 28 September: "I can see exactly the point where some people can get touchy-feely on it, but I feel in that situation Bernardo made a joke to his friend.

Sterling added: "We all know, Benjamin knows, everyone can see that Mendy is a black lad. We've got to be proud to be black as well. If someone refers to our skin colour with an image, I'd be upset about that - we know what skin colour we are.

"But he hasn't referred to his skin colour, that's the most important thing I feel about the situation. It's really sad to see someone like Bernardo, the whole week, be kind of down about it because he's not that way inclined."