John Delaney has resigned from his position of Executive Vice President of the Football Association of Ireland with immediate effect.

The FAI announced late on Saturday night that their former chief executive officer resigned following talks between all parties.

A brief statement confirmed that the association would "fulfill certain notice and pension obligations" to Mr Delaney.

Negotiations for his departure were led by FAI President Donal Conway and Vice President Paul Cooke with the six other members of the board being kept informed.

Mr Delaney had agreed in April to voluntarily step aside following revelations of a €100,000 loan he gave to the association.

Since then a number of investigations have been launched into the financial affairs of the FAI, amid concerns that the former CEO failed to use his credit card properly, failed to control his personal expenses and made a series of payments from FAI funds that were not in the ordinary course of FAI business.

The Board of the FAI announces the resignation with immediate effect of Executive Vice-President and former CEO John Delaney. Statement to follow.

It is believed that Mr Delaney was on full salary during the period of "gardening leave" when he was not involved in the day-to-day running of the association, but still held his post of Executive Vice President and remained as a member of the UEFA Executive Committee.

A statement released last night read: "The Board of the Football Association of Ireland announces the resignation with immediate effect of Executive Vice President and former CEO John Delaney. 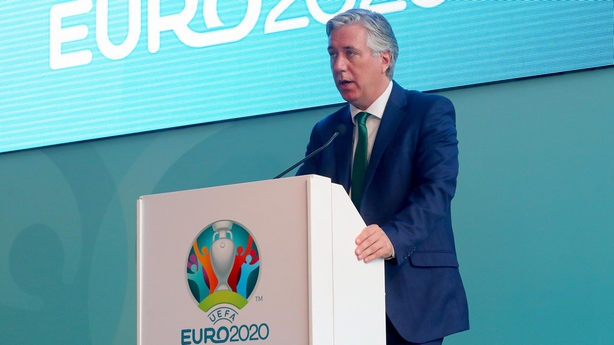 "Mr Delaney served as CEO of the FAI from 2005 to March of 2019 during which time the FAI became partners in the new Aviva Stadium.

"In 2017, he was elected to the UEFA Executive and in March of this year, he moved to a role of Executive Vice-President of the FAI."

The statement said that both parties had agreed to make no further comment.

The first of the various reports into the affairs of the FAI is expected to be published on Monday 7 October.