Former England and Newcastle forward Peter Beardsley has been suspended from all football-related activity after being found guilty of making comments that were 'obviously racist' by an independent regulatory commission.

The 58-year-old, who denied the allegations, left his role as the Magpies' Under-23s coach earlier this year after an internal investigation and has now been banned from the game by the Football Association for 32 weeks until April next year.

The regulatory commission's written reasons for its decision reveal they accepted allegations made by four unnamed players that he had told black players of African origin "You should be used to that" during a team-building exercise at tree-top adventure centre Go Ape, suggested 18-year-old players were older than they claimed and called another a monkey.

In its conclusion, the commission said: "We regret the outcome that we have felt compelled to reach in this case. Mr Beardsley is a towering figure in football and his footballing reputation is beyond question.

"But on the three occasions which are the subject of the charges, he made remarks which were obviously racist and were wholly unacceptable. Even if he did not intend to do so, he plainly did cause offence.

"It is particularly important at a time when racism in football is prevalent that remarks of the kind made by Mr Beardsley are punished severely."

The written reasons continued: "We are satisfied that Mr Beardsley is not a racist in the sense of being ill-disposed to persons on grounds of their race or ethnicity.

"He is now 58 years of age. It is also relevant that he has not had the benefit of training and education about offensive racist remarks and the importance of not making them."

The FA has ordered Beardsley to complete a face-to-face education course.

In a statement released on his behalf by his solicitors, Beardsley spoke of his disappointment at the decision, but vowed to return to football.

It said: "Peter Beardsley is very surprised and disappointed by the decision of the Regulatory Commission.

"It was almost impossible for Peter to clear his name because of the serious flaws and contamination of evidence that occurred in the disciplinary process before Newcastle United and by the unusual fact that The FA Rules put the burden of proof on him to prove his innocence in the proceedings.

"After a long process which has been unnecessarily protracted, Peter feels vindicated that the Commission has expressly found that he is not a racist.

"Surprisingly, Newcastle United did not provide the relevant training and education for Peter. Peter has always been willing and eager to attend all and any training organised by the club.

"Peter fully appreciates all the support over what has been a difficult period for him and his family, particularly that of previous manager and colleague Arthur Cox. Peter has categorically denied the allegations throughout whilst continuing to honour the contractual obligations of confidentiality to Newcastle United and maintaining his silence which in itself has been very difficult.

"With no avenue left open to him to clear his name, Peter has no choice but to acknowledge the decision and now looks forward to moving on with his life and resuming his career. He shall respect the sanction imposed and looks forward to returning to work in football, which has been his life, at the end of his suspension." 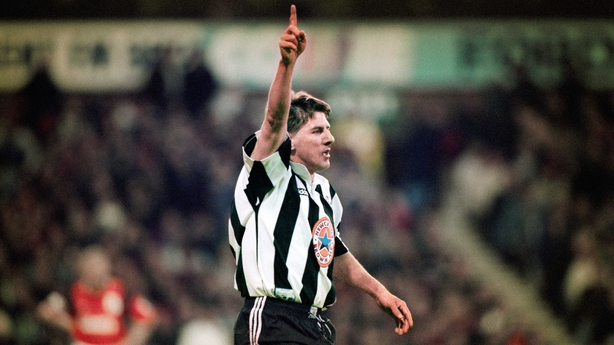 A formal complaint was made about Beardsley by midfielder Yasin Ben El-Mhanni, who has since left the club, in January last year.

It was alleged Beardsley used abusive and/or insulting words towards Newcastle's Under-23 players but he had denied the allegations. "I'm not a bully, and I'm not a racist," he said at a public speaking event in Gateshead during March.

Beardsley agreed to take a period of leave as Newcastle managing director Lee Charnley looked into the accusations, with Ben Dawson taking over his duties.

Newcastle-born Beardsley made more than 300 appearances for the club in two spells during an illustrious playing career which also brought 59 England caps and two league titles with Liverpool.

El-Mhanni, now 23, was released by Newcastle during May 2018 after making two senior appearances, both in the FA Cup, and is now on the books at League One side Scunthorpe.