Valencia gatecrashed Frank Lampard's managerial bow in the Champions League by earning a morale-boosting 1-0 win at Chelsea after Ross Barkley spurned a chance to equalise by missing the target from the penalty spot.

Spain forward Rodrigo Moreno gave the visitors the lead against the run of play in the 74th minute of the Group H game, getting the slightest of touches on a free kick from Dani Parejo to send the ball into the roof of the net.

Chelsea continued to threaten and were awarded a penalty after a VAR review spotted a handball by Valencia defender Daniel Wass, but Barkley sent the resulting spot kick on to the cross bar and over.

Valencia travelled to London reeling from a stinging 5-2 league loss at Barcelona in coach Albert Celades's first game in charge after the much-loved Marcelino was sacked to the bewilderment of players, who began a media blackout after the decision.

But they leave the English capital emboldened and with three points after producing a solid, professional display. 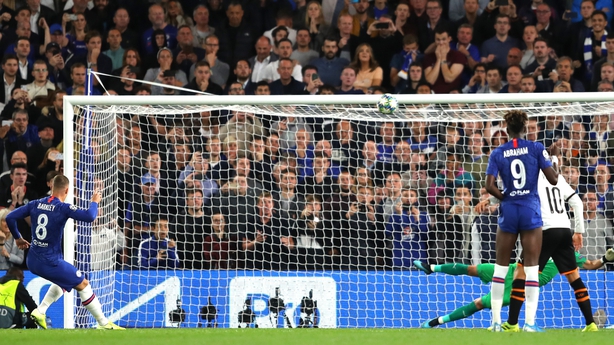