Jurgen Klopp's side begin the defence of their European crown with a trip to the Stadio San Paolo, where Lorenzo Insigne's last-gasp strike was all that separated the sides in the corresponding group-stage fixture last season.

The Reds prevailed in the reverse encounter at Anfield to secure their passage into the knockout rounds at Napoli's expense, which Ancelotti thinks impacted his team's domestic prospects.

Liverpool, meanwhile, went on to scoop the most prestigious trophy in European club competition, but glory does not appear to have blunted their ambition as they have started the Premier League campaign with five straight wins.

With the teams paired together in the Champions League for the second successive season, Ancelotti is aware of the visitors' threat but claims Napoli have also improved ahead of their Group E meeting on Tuesday night.

Ancelotti said at a press conference: "We're playing the best team in Europe and they haven't dropped any points in the Premier League yet.

"The result is very important in matches like this but it's even more important we have the confidence to match the best teams out there.

"Last year we were in a really tough group and we very nearly qualified. We're determined to erase the disappointment of last season, which had a psychological effect on us in Serie A too.

"Normally it's the European champions who are favourites but we hope it ends the same way as last year's game at the San Paolo.

"Liverpool have improved because winning the Champions League gives you belief.

"Napoli have improved too and we've bolstered our squad with the addition of some quality players. I think it will be a great game - hard fought and intense." 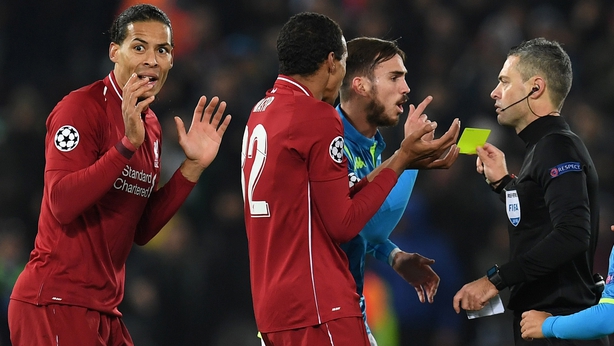 Liverpool pipped Napoli in qualifying for the last 16 last term by virtue of scoring more goals in the group stage after the teams could not be split on points and a number of other determining factors.

Ancelotti is looking forward, rather than back, and added: "We want to play a starring role, first by reaching the knockout stage and cementing our place as one of Europe's top clubs.

"We know how good we are and we want to prove it on the international stage."

Napoli summer signing Fernando Llorente is out for revenge against Liverpool, having been part of the Tottenham side that lost last season's final in Madrid.

The former Spurs and Swansea striker said: "I'm still bitter about losing in the final against them last year and I really hope I can settle the score this time around as a Napoli player.

"Napoli can make an impact in the Champions League this season. At Tottenham last season, we certainly weren't touted as one of the favourites, yet we reached the final."