Sligo Rovers will play in an FAI Cup semi-final later this month after they got past UCD without too much trouble at the Showgrounds.

Ronan Coughlan's opening strike was followed up before the break by an own goal from Students goalkeeper Conor Kearns. Regan Donelon put this contest beyond doubt with a well dispatched penalty early in the second period.

While Rovers completed their first ever cup win over the Dubliners at the death when Niall Watson forced an effort past Kearns in injury time.

Sligo welcomed back striker Coughlan for this last eight tie and he showed his worth just eight minutes in as Rovers hit the lead.

The Limerick native taking full advantage of a mix-up between Kearns and Aaron McGrath to fire past the UCD net minder for his tenth of the year.

The home side dictated the majority of this game.

The Students left to rely on Dan Tobin to rob the ball from the toe of Donelon as he looked favourite to turn Kris Twardek’s cross past Kearns at the front post on 18 minutes.

Sligo had a goal chalked off six minutes later.

John Mahon nodded Donelon’s corner to the net, but the referee’s assistant ruled it out as Coughlan was placed in an offside position while stationed on the goal line.

The visitors did enjoy a small first half spell where they looked like they might come back into this tie.

Ed McGinty had to go full stretch to deny Richie O’Farrell from the angle. While the same man went close again from a corner 60 seconds later.

Sligo however gradually settled again and doubled their advantage on 33.

Cawley’s close range effort came back off the underside of the crossbar before bouncing off the unfortunate Kearns and to the net.

Rovers looked set for a first semi-final appearance in six years ten minutes into the second period when they hit their third.

The Premier Division’s basement side tired as the half wore on. McGinty had to move quickly to dive on Yoyo Mahdy’s drive at the target ten minutes from time. But this was to be their only glimpse of goal of the half.

While there was some late worry for Liam Buckley when he was forced to withdraw top scorer Parkes after he pulled up with what looked like a hamstring strain.

Watson had his maiden goal for the club on his second appearance in added time. The beleaguered Kearns unable to keep out the Accrington loanee’s strike from the angle. 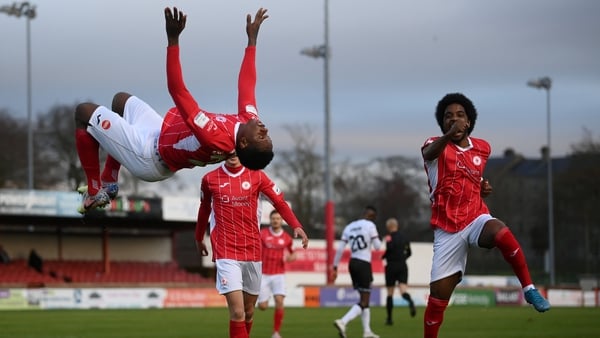 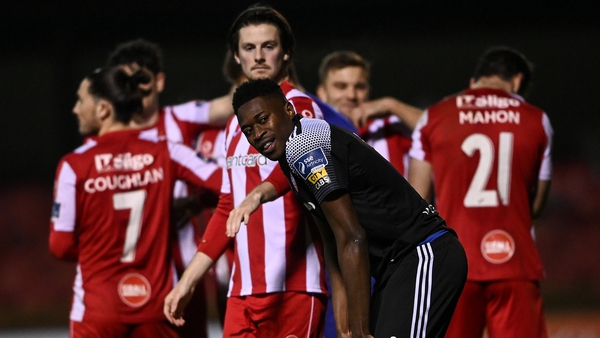