After finishing third in the inaugural Nations League over the summer, the Three Lions got their international season under way at the stadium they hope to end the campaign at when Wembley hosts the Euro 2020 final.

England are among the favourites to lift the trophy next summer and qualification for the finals is well in hand, with March's drubbings of the Czech Republic and Montenegro followed by a 4-0 win against Bulgaria thanks to Kane's treble and a Raheem Sterling goal.

Despite humility being the buzzword around the camp in the build-up, this was the kind of result expected by the sell-out Wembley crowd on Saturday.

Bulgaria are not the side they once were and the 1994 World Cup semi-finalists set up to frustrate England, only for needlessly overconfident play at the back to bring about Kane's opener midway through the first half. 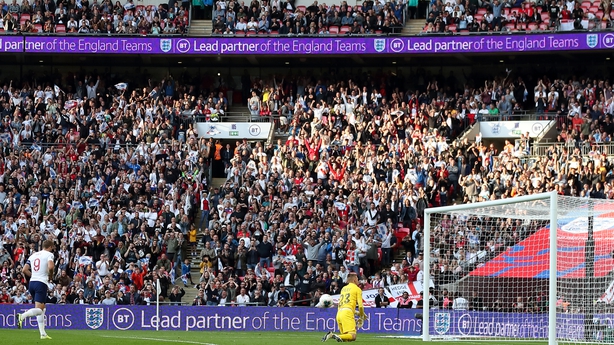 The England captain netted his second when Marcus Rashford was brought down in the box early in the second half, with the striker turning provider as Sterling bundled home minutes later.

Kane would end the day celebrating his second international hat-trick after scoring his second penalty of the day, adding gloss to another big win that England will look to build on against Kosovo in Southampton this Tuesday.