Republic of Ireland manager Mick McCarthy believes his side got their just rewards after recovering from a goal down to claim a 1-1 draw with Switzerland.

Both sides came into the Group D contest unbeaten with Ireland's six-point advantage due to their wins over Gibraltar.

Ranked 11th in the world, the Swiss enjoyed more possession and better opportunities, but didn’t take the lead until the 74th minute when Fabian Schar finished off a flowing team move to put the visitors in control.

Ireland however saved their best until last and just moments after Glenn Whelan rattled the crossbar from distance, David McGoldrick's header with five minutes remaining secured a share of the spoils.

McCarthy says it was a positive result against formidable opposition.

"They are a good side and had their chances, but so did we. We hit the crossbar. I thought it was an even amount of chances.

"I think we deserved it for our durability and we kept going." 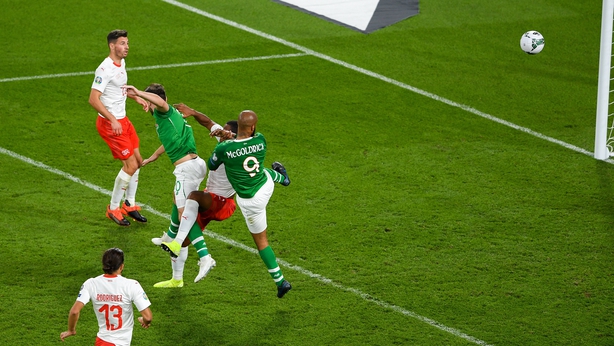 The Swiss enjoyed 57% possession over the course of the contest and while both sides had three shots on target, it was the 12 off target from the visitors that indicated their dominance for large portions.

"We set off playing one system and I changed it two or three times to try and absorb it [Swiss pressure], settle it down and get a foothold in the game.

"They are a very good side. When you see where their players play, you can understand why. I'm proud of my lads, they were brilliant tonight.

"They keep going. Are we the best team in the group? Probably not, but we don’t half keep going."

'I think we deserved it for our durability, and we kept going' - Mick McCarthy speaks to RTÉ Sport after Ireland's 1-1 draw with Switzerland #RTESoccer pic.twitter.com/xaxpNRgGlG

The 60-year-old also singled out goal scorer McGoldrick after he scored his first goal in an Irish jersey at the 11th time of asking.

"Over the five games, he has been excellent, but centre forwards like to score. It’s brilliant for him." 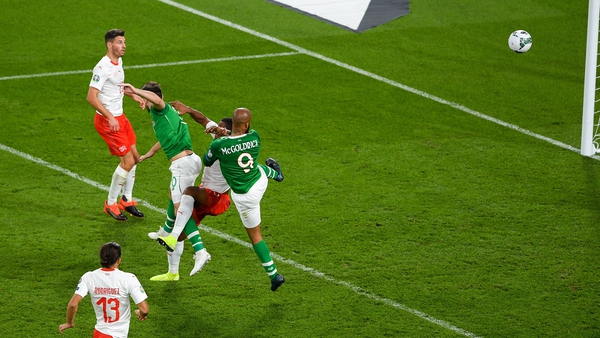