It's a huge night for Galway United after shocking Cork City in the second round. Realistically Galway have little chance of winning the competition so a tie against high-flying Shamrock Rovers that will entice a big crowd is the ideal.

Cork were dire as they fell foul of the Tribesmen but this is a different level for Alan Murphy's side and a difficult night could be in store given the form the Hoops have shown in recent months.

Galway United: Colin Kelly misses out with an ankle injury.

Alan Murphy (Galway United manager): "Rovers performances this season have been excellent, they're really pushing Dundalk all the way in the league. It's going to be a tough task for us, but also a great measure for how much our players have developed throughout this season.

"It's a lose-lose situation for Shamrock Rovers, it would be the biggest shock of the FAI Cup if we were to turn them over on the night. We will give them the respect that they deserve, but we won't fear them and we will be very much focusing on what we can bring to the table on the night.

"It would be great to see United fans coming out in big numbers to witness a really committed, ambitious and local team.

Stephen Bradley (Shamrock Rovers manager): "It's our biggest game of the year so far. It's the quarter-final of the Cup so we're looking forward to it. They're on a really good run of form, they beat Cork in the last round so we've got to respect that and be ready for it.

"We won't approach the game differently to any other game. Galway away will be difficult but it's a chance for us to get into the next round and that's obviously our aim." 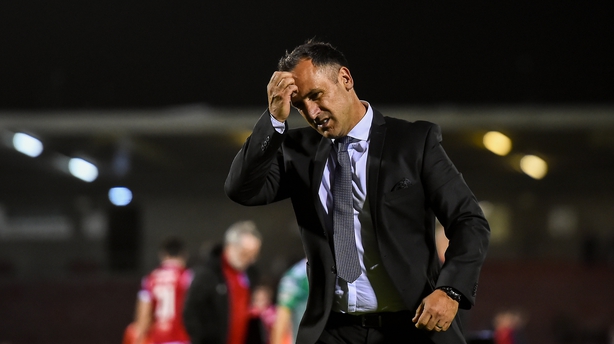 A win for Dundalk in this re-arranged fixture would put them 10 points clear of Shamrock Rovers with just 18 left to play.

Dundalk's faultless win over Sligo Rovers last Monday looked to be the clinching win as they continued their long unbeaten run.

For Cork, Neale Fenn has suffered two early defeats and the pick-up in mood following his appointment has evaporated. They will be looking over their shoulder at Finn Harps which is remarkable to think given their recent success. This fixture is unlikely to provide some respite.

Dundalk: John Mountney is out for the foreseeable future with a foot injury after surgery on Monday. Sean Murray is out with a knee injury also. Jamie McGrath and Daniel Kelly were withdrawn during the Sligo match on Monday with knocks and both will be assessed before the match.

Cork City: Cian Murphy and Cian Bargary miss out, with more players to be assessed before the game.

Jamie McGrath (Dundalk player): "It's going to be a normal Dundalk-Cork City match. They are always tough and feisty so we know what to expect when we come up against them

"It has been a classic fixture over the past few years and it is still the same. They are a good side and it’s not going to be easy for us.

"They will want to stop us so it’s going to be a tight game, it will be difficult but we are looking forward to it. We will have to be at our best and hopefully we can get the win."

Neale Fenn (Cork City manager): "Nobody likes losing. We’ve had to pick ourselves back up. It was a disappointing night, results-wise, but when you look at the positives - we played some good stuff, created lots of chances, we just need to do the same against Dundalk on Friday and work hard to dig out a result."

"We need a reaction. We need to learn lessons from Monday, which I’m sure we have. It’s going to be tough. We’re under no illusions whatsoever, going up to Dundalk, it’s a daunting prospect but it’s one we’re looking forward to." This game was due to take place last Friday and formed part of Finn Harps' 50th anniversary celebrations, but instead now takes the focus of the first game for new St Patrick's Athletic manager Stephen O'Donnell.

At 33, O'Donnell has been handed one of the best jobs in the league and firstly has seven games to bring Pat's to Europe.

Fourth place is likely to be good enough for a Europa League spot and a win on Friday could leave the Inchicore outfit just one point behind that spot.

Harps know that they could close the gap on Cork City which currently stands at seven points. Time is running out and this fixture is a vital one.

St Patrick's Athletic: Pat's will be without striker Mikey Drennan through suspension

Ollie Horgan (Finn Harps manager): "We lost twice and just managed a draw against up at Richmond Park at the start of the season. Stephen O’Donnell is in charge and I have no doubt that they will really be up for this game.

"Our lads are up for the challenge as well and are going to give it everything. It is the underdogs tag for us again, but we it would be great for everyone connected to the club if could squeeze three points in our favour on a very special night for Harps."

Until the end of the season and over the course of the next seven games, it is about finding out about these players, see where they are at going into next season. I have come in with a completely open mind and I’m there to be swayed one way or another.

"We are looking forward to taking on Harps, though it is always a difficult place to go to." 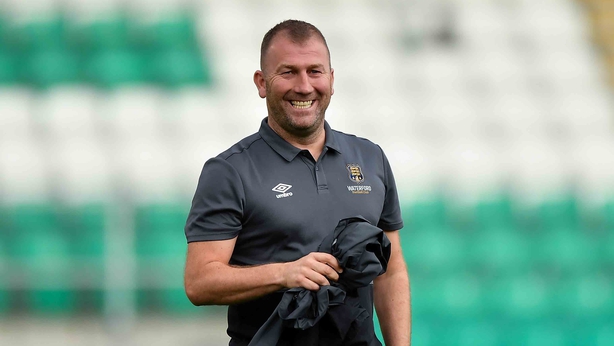 Somehow this competition has ended up taking precedence as an FAI Cup quarter-final has been postponed until Monday.

Hearts Under-21 side would be unlikely to test Waterford too strongly but Alan Reynolds is set to play a number of youth team players.

Waterford:  John Kavanagh and Dean Walsh are ruled out through injury. Alan Reynolds has also included a number of the club's Under-19 players in the first team squad for the game.

Alan Reynolds (Waterford manager): "You don't get to see matches like this very often and there’s been a nice buzz about the game since the draw was made.

"No doubt Hearts manager Andy Kirk will have his side well prepared and they’ll be looking to do well after getting through two rounds already.

"It’s a competition that offers the players, the fans and the club something different. It’s come at a very busy time for us but we’re looking forward to playing in it. Neither team will know too much about the other so it should make for an interesting battle.

"Hearts will be a young side but we’re a young side too and I’m delighted to be able to showcase the young, talented players that we have at Waterford."