Mick McCarthy admitted that he experienced an element of déjà vu when he heard the news that Xherdan Shaqiri was not included in the Switzerland squad for Thursday's clash at the Aviva Stadium.

Ireland face the Swiss in a vital Group D Euro 2020 qualifying encounter and the Liverpool attacker made himself unavailable for his country’s double-header with Ireland and Gibraltar next week.

Shaqiri has struggled to make an impact in the Liverpool starting XI this season and the mercurial frontman is eager to focus on getting more game-time at the Anfield club.

Switzerland’s most recognised player since starring at the 2014 FIFA World Cup, Shaqiri threatened to defect to Kosovo when they gained full UEFA status, yet continued to play for the country he emigrated to as a young boy in 1992.

Shaqiri went on to represent the Swiss at Euro 2016 and the World Cup in 2018, where he garnered further unwanted attention for his Albania-themed last minute winner goal celebration, which resulted in a FIFA disciplinary procedure. 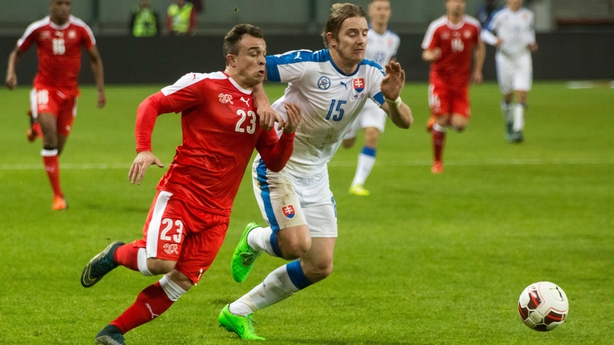 The news of Shaqiri’s absence was revealed last Friday as the Switzerland football association named the squad for the trip to Dublin, explaining the player "has decided to concentrate fully on his club".

McCarthy said that when he heard the news it immediately reminded him of the day that the draw was made for the current qualifying campaign.

"It was a bit like when the draw was made and we didn’t get Holland and Germany, and we suddenly got Switzerland and Denmark," explained McCarthy.

And while the manager was keen to play down the effect that the player’s withdrawal would have on the game, it was clear that McCarthy's tactical plan may prove a little simpler in the absence of such an influential player.

"If you are going to analyse a game and you are trying to counteract Shaqiri, I think it is pretty difficult to do that, because he can drift in and out of games and then he has that wanderlust, that wonderful [style where] he wanders about the pitch and suddenly he explodes and he does something magnificent.

"It is hard to predict that and it is hard to counteract that, so maybe it will be easier to – not suggesting for one minute that the player that plays is any less than him – but I don’t think he will be the same that does that off-the-cuff stuff, that you just are not expecting."

Players like Shaqiri are a rare commodity outside the game’s super-power nations and can make such a difference to an international side, where moments of magic often decide tight games between similar sides.

Christian Eriksen brings a similar quality to fellow Group D side, Denmark, and while Ireland have not really had anyone to compare with since the departure of Damien Duff and Robbie Keane from the international scene, McCarthy does believe that he has someone in his squad that is capable of changing games. 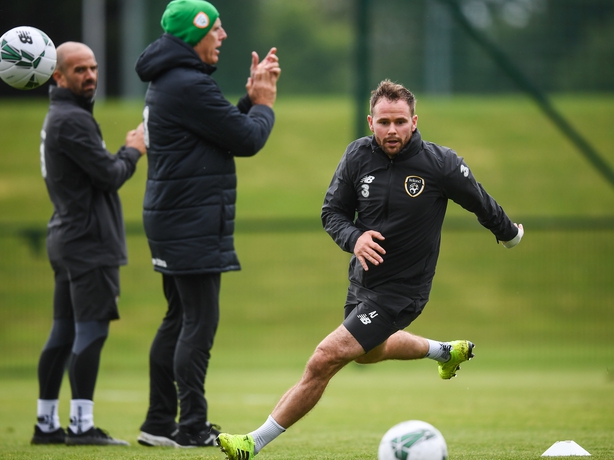 Alan Judge may be plying his trade in League One this season with Ipswich Town and is not expected to start on Thursday, yet the creative midfielder made a huge impact as Ireland came back to draw with Denmark in June.

And should Ireland need an injection of creativity against the much-fancied Swiss at the Aviva on Thursday, expect McCarthy to call on Judge to make his mark.

"I’ll tell you who did it," said McCarthy when asked whether Ireland had a player who might possess that off-the-cuff ability to change a game.

"Alan Judge in Denmark. Judgey was different class, he turned the game for us playing behind Scott Hogan.

"They found it hard to pick him up, he won the free-kick and he delivered the free-kick. He has something to offer."

James McClean was also asked about Shaqiri’s absence and unsurprisingly, it was evident that the Ireland winger cared little for the reputation of any player playing against him.

"There are still good players – they were in the top ten ranked in the world for a reason.

"They have still got good players, so we have to respect them, yes, but we won't fear them and we'll take the game to them.

"It doesn't matter who is playing, that's the aim. We want to go out and impose ourselves on them and do what we can, do what needs must by all means necessary to get a result."