Republic of Ireland stopper Mark Travers was the hero for Bournemouth, saving all three of Forest Green Rovers' penalties in a shootout to send the Cherries through to the second round of the Carabao Cup.

Gavin Kilkenny made his senior debut for Eddie Howe's men on the same day he was named in Stephen Kenny's Republic of Ireland Under-21 squad for the upcoming UEFA European Championship qualifiers against Armenia and Sweden.

Midfielder Kilkenny, 19, was replaced by Dominic Solanke after 83 minutes as the hosts desperately tried to breach Forest Green's resistance.

The League Two outfit held on at the Vitality Stadium to force penalties, but their luck ran out as the inspired Travers set the platform for Philip Billing to smash home the deciding kick.

Everton's 4-2 win at Lincoln meant they were the only Premier League club to make it through in regulation time, with Burnley dumped out by League One Sunderland at Turf Moor.

Jeff Hendrick and Kevin Long both started for the Clarets but it was a night to forget for Sean Dyche's men.

Jay Rodriguez put them ahead on 12 minutes before Will Grigg, Tom Flanagan and George Dobson turned the tie on its head.

Portsmouth, Sheffield Wednesday and Swansea also made it safely into the third round, the draw for which was made directly after tonight's ties. 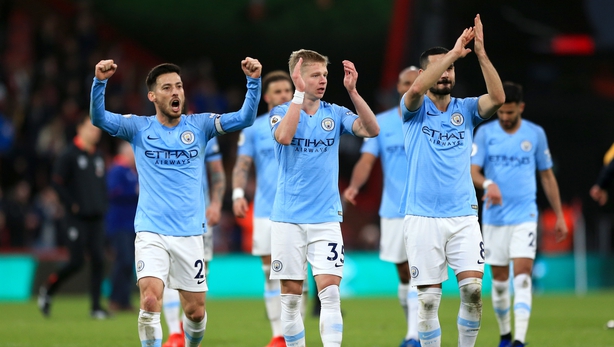 Chelsea have home advantage against Grimsby or Macclesfield, whose second-round game was abandoned due to a waterlogged pitch, and Manchester United host Rochdale.

There will be a south-coast derby at Fratton Park between Portsmouth and Southampton, with another all-Premier League tie seeing Brighton at home to Aston Villa.

West Ham, meanwhile, face a tricky trip to League One Oxford, with Bournemouth going to last season's semi-finalists Burton, Leicester visiting Luton and Everton being drawn away against Sheffield Wednesday.