Crumlin United manager Martin Loughran says his team are "delighted" just to be in the FAI Cup after the non-league side secured a home quarter-final draw against Bohemians.

The last side to book their place in the last eight courtesy of a 3-1 win over fellow non-league outfit Lucan United on Sunday will now face the side occupying third spot in the Premier Division.

The Leinster Senior League side must wait to find out whether Pearse Park is deemed fit to host the quarter-final clash.

"We’re delighted to be there."

"It's something at the start of the season, you always try to get into the FAI Cup. We’ve managed to do it a few times over the years. We have beaten Finn Harps, Shelbourne and Wexford Youths, so we have done okay in it.

Richmond Park has been mooted as a possible alternative 'home’ venue for the non-league club, but Loughran says they will simply see what the authorities have to say.

"I don’t know," he says about a possible venue change.

"We will try to do our best to keep home advantage. If not we will have a look and see what the FAI come up with."

The draw took place on RTÉ Radio 1’s Morning Ireland programme, and speaking afterwards, former Shamrock Rovers and Sheffield Wednesday player Paul Corry says that the challenge may not be quite as formidable as it might have been earlier.

Crumlin have begun the season in confident form – they are just three games into the winter season – while their opponents have slipped away from the form that saw the Gypsies flying high at the start of the campaign.

"Crumlin will be going into the game looking at a different Bohemians side to the one we saw at the start of the season. There have been a few cracks in that side, particularly since they lost Dinny Corcoran.

"They only scraped through against Shels and against Longford. Crumlin will grow in confidence.

"Anything can happen and I have no doubt they will give that a good bash." 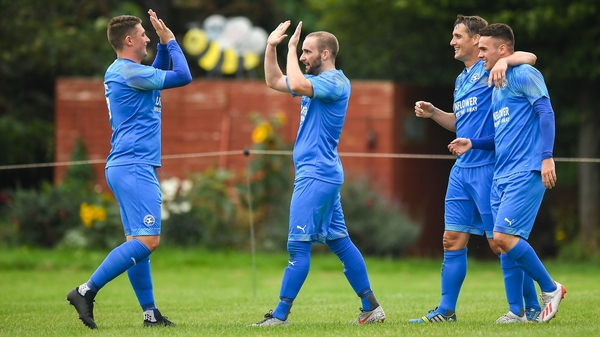