The French midfielder was criticised for taking a spot-kick in Monday's draw with Wolves, ahead of Marcus Rashford, and then seeing it saved by Rui Patricio.

Pogba has now missed four of his 11 attempts in the Premier League, but Solskjaer said: "I'm sure you're going to see Paul Pogba score a penalty for Man United again. Definitely.

"Let's see when we get the next one. We're practising penalties still and Marcus and Paul are still on them."

Television pundit and former United player Gary Neville branded the situation "embarrassing" but Solskjaer insisted it had not been Pogba taking the ball off Rashford, with the two men sharing penalty duties.

Solskjaer also defended his own authority, saying: "It's not that I've left it to the players to sort out, we've nominated two. It's not like there's anarchy and do whatever you want. Last season we had Marcus, Jesse (Lingard), Paul, who all scored penalties, probably more as well.

"(There's) absolutely no fighting among them. We're disappointed that we didn't win the game but the talk is always more difficult when you don't get a result." 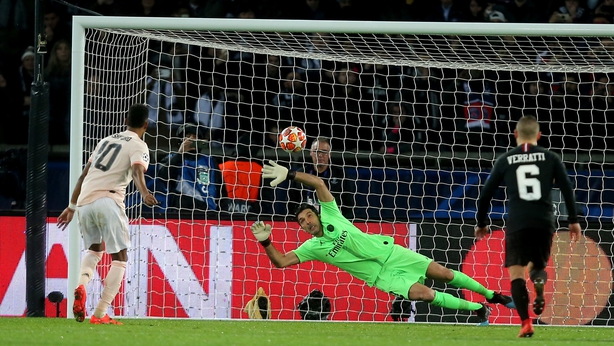 Pogba was subjected to racist abuse on social media after the game, and representatives of Twitter are planning to meet officials at United to discuss the situation.

Solskjaer said: "Paul's fine. Paul's a strong character and it makes him stronger. I just cannot believe we still sit here in 2019 talking about these instances.

"You just feel sorry for them really. They must have problems themselves when they have to do this."