Boyd launched scathing criticism of John Beaton on Celtic TV's live coverage of the Hoops' 2-1 extra-time victory over Dunfermline on Saturday after the referee ignored a penalty claim.

Boyd, a Celtic ambassador, claimed his former club were up against 12 men and that Beaton had "bottled" the decision.

He also claimed the Lanarkshire-based official would be "welcomed down his pub again", in an apparent reference to a photograph of Beaton which appeared after he refereed last season's New Year derby between Celtic and Rangers.

Scottish Football Association compliance officer Clare Whyte is understood to have been alerted to the comments and is expected to review them.

Celtic could face action under the SFA's disciplinary rules, specifically rule 38, 29.2, which states: "A club or recognised football body which publishes, distributes, issues, sells or authorises a third party to publish, distribute, issue or sell a match programme or any other publication or audio/visual material of any description in any media now existing or hereinafter invented, including but not limited to the Internet, social networking or micro-blogging sites, shall ensure that any such publications or audio/visual material does not contain any criticism of any match official calculated to indicate bias or incompetence on the part of such match official or to impinge upon his character."

Ladbrokes Premiership clubs face fines ranging from £1,000 to £100,000 if found guilty of the charge. 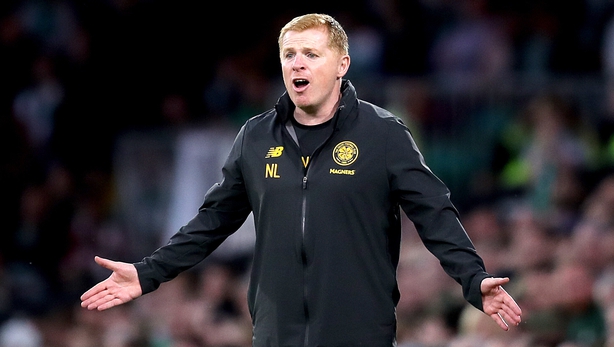 Boyd, in the immediate aftermath of Beaton's decision to award Celtic a corner after Ryan Dow blocked Mikey Johnston's shot, said: "Once again Celtic are denied the decision by the referee and the referee has bottled that.

"That's an absolutely scandalous decision by John Beaton and we've seen that before on many an occasion.

"It's unquestionably a penalty. He's moved his hand towards the ball, heading towards goal and what does John Beaton not know about the new rules?

"If he doesn't know that's a penalty then he shouldn't be in the middle of the park refereeing a football game.

"He'll probably be welcomed down his pub tonight again."

Speaking before the second period of extra-time, he said: "Old law, new law, no matter what the law is, that is a penalty in anyone's book.

"How John Beaton hasn't given that, we have seen it before from referees like this.

"I'm mystified, well I'm not mystified. It was obviously a pre-meditated decision not to give that penalty, because it was so late in the game, I'm not sure.

"He has given us a corner so he has seen it hit the hand of the Dunfermline player and it should be a penalty kick. An absolutely outrageous decision from John Beaton.

"We have not played well today but a decision once again from a referee may cost us in this game.

"Hopefully we go on to beat not the 10 men, 11 men of Dunfermline, but the 12 men of that decision from John Beaton."

After the final whistle, Boyd said: "We should have had the opportunity to get it over earlier from what was as stonewall penalty as you will likely to see ever, ever in a game of football, and once again John Beaton, controversial decisions in a Celtic game.

"Absolutely stunning. And what will be done about that? Absolutely nothing."

Beaton was at the centre of controversy after taking charge of Rangers' 1-0 win over Celtic on 29 December last year.

Celtic called on Beaton to be allowed to publicly explain decisions not to punish Rangers striker Alfredo Morelos over a number of incidents during the game.

Three men were arrested and charged in connection with communications offences in February after Beaton called police to report abusive messages and calls received in the wake of the game.

Listen to the RTÉ Soccer podcast on:
Apple Podcasts, SoundCloud, Spotify or wherever you get your podcasts