Frank Lampard did not get the Chelsea homecoming he craved as his wait for a first win as manager went on following a 1-1 draw with Leicester.

The former midfielder, who played close to 650 games for the Blues, was in charge at Stamford Bridge for the first time since his summer appointment but had to settle for a point as Mason Mount's early goal was cancelled out by Wilfred Ndidi's second-half header.

After a 4-0 loss at Manchester United last week and a penalty shootout defeat to Liverpool in the Super Cup in midweek, Lampard is still to taste victory and, as good as their first-half display was against the Foxes, their second-half struggle highlights the size of the task he faces.

It had seemed like a win was written in the stars as, after the pageantry of his arrival into the dugout, with chants of 'Super Frank Lampard' ringing around the stadium and banners held aloft, Mount gave Chelsea a deserved early lead.

But Leicester, orchestrated by the impressive James Maddison, showed why they are tipped to make a challenge for the top six this season as Ndidi made up for an error in the build-up to Chelsea's goal with the equaliser.

And had they been more clinical they could have easily left with three points on Brendan Rodgers' return to the club where he used to coach.

It was Lampard whom the focus was on, though, and he could scarcely have dreamed of a better start.

He could have been celebrating a goal after just 51 seconds but Pedro slashed a volley into the side-netting and then Mount shot straight at Kasper Schmeichel as the home side were straight on the attack.

And he was soon celebrating as Mount, on his home debut, made some early happy memories at Stamford Bridge.

The 20-year-old is a player Lampard has put so much faith in, having also taken him on loan at Derby last season. And the midfielder is proving his manager's trust is not misplaced.

After the Foxes tried to play out from the back, Mount pressed Ndidi, stole possession off him on the edge of the area and fired into the bottom corner.

It was a result of the energy and desire Lampard wants to instil into his team and was the perfect response to criticism Mount received from Jose Mourinho, who singled him out after the Old Trafford defeat.

Chelsea were rampant, pressing their visitors at every opportunity, and they could have gone further ahead in the 25th minute had it not been for a fine block by Christian Fuchs, who slid in to deny N'Golo Kante a certain goal against his own club following a clever backheel by Olivier Giroud.

It would have been impossible for Leicester to be as ineffective as they were in the first half after the break and they began to ask questions of Chelsea's defence, with Maddison coming to the fore.

He could not pick out a team-mate after rounding goalkeeper Kepa Arrizabalaga and then flashed a ball across goal that was begging to be knocked in.

There was little surprise that Maddison was involved in Leicester's equaliser midway through the second half.

The England Under-21 international sent in an inviting corner which Ndidi climbed highest for and emphatically sent a thumping header into the top corner.

Madison should have been celebrating a goal of his own soon after as he took possession in the area and ran across the face of goal, but somehow managed to sky his effort from eight yards.

The former Norwich playmaker then set up another golden chance, this time for Jamie Vardy as he slipped the striker through on goal, but the former England striker drilled an effort across goal.

Chelsea were struggling to cope with the Foxes and were fortunate to take a point as Youri Tielemans shot straight at Kepa and Vardy could not get a shot away at the near post. 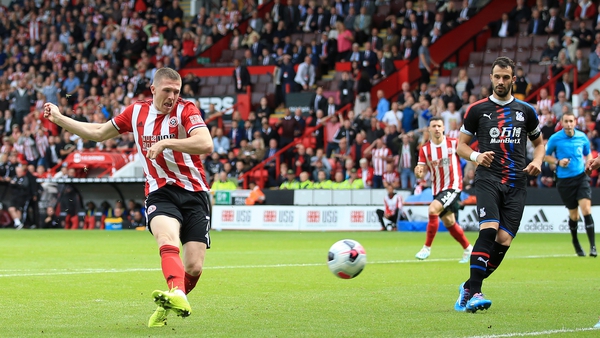