Conway was unopposed in being chosen as president, while Earley stayed on representing schoolboys and schoolgirls.

New members were elected from different strands of the game, including amateur and League of Ireland, but the lack of people involved with a background of on the field matters has angered Kerr.

The Governance Review Group included the FAI's Director of Corporate Affairs and Licencing Rea Walshe, as well as Niamh O’Donoghue from the women’s game, with Aidan Horan chairing.

Kerr feels it didn’t cover all the aspects needed for reform within the FAI and was solely based on administration.

He told RTÉ Radio 1's Today with Miriam O’Callaghan: "I’ve seen what has developed over the last few years and I wasn’t hugely surprised, while many people were, when things broke out in March and we had all the controversy around John Delaney and the leadership of the FAI and the Oireachtas appearance and so on.

"It is what has gone on since that I find very frustrating. The fact that people from the previous board who were part of the running of the organisation through all those mistakes, through all that mismanagement, that some of them are back there again. Donal Conway is president, John Earley is back representing the schoolboy element of the game.

"I wasn’t happy with the report (from the steering committee). The general view seemed to be it was an expert report from Aidan Horan and his group. My view at the time, and I seem to be a lone soldier on this one, was I didn’t think it was an expert group from the start.

"Obviously they had to get stuck into governance and ethics around the FAI. That is fair enough. They had three people, Aidan Horan being one, to do that. But the two people representing the FAI, as I would think representing football, didn’t really represent football. They were administration people.

"Rea Walshe was involved, she was part of the system and structure that got football here to where it was and all these controversies. Niamh O’Donoghue was part of the board. Why did two people already involved in the system become the experts for football?

"There were 78 recommendations and they have done a very good job on ethics and governance. A lot of that stuff was sticking out as far as I was concerned - that they had to be done. It is the football development side that has most frustrated me." 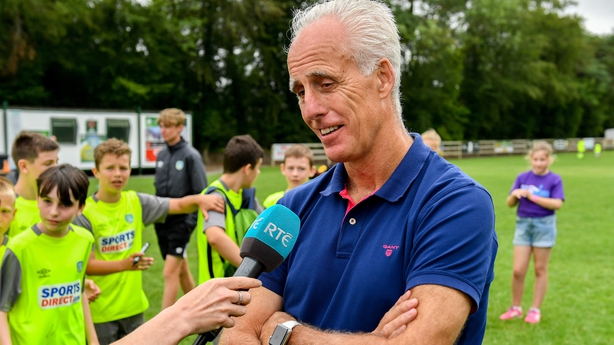 Kerr has highlighted the situation where Stephen Kenny will take over from Mick McCarthy next year as Republic of Ireland manager as a prime example of the FAI failing to make correct decisions from a football point of view.

He said it was an unprecedented move which defies logic.

"In the new structures that they are trying to implement, there seems to be no defined place where it says 'we’re going to take on board somebody that really knows football and who is going to advise us on the game’.

"There is no sign of a technical development committee where a chairperson of that committee would be on the board. It seems to be all administration people and people from the council and a background in administration. That is the bit that concerns me.

"The organisation is called the Football Association of Ireland. It organises football. The biggest job it has is to develop football and make sure our teams are competitive in the international environment. They need to have somebody at the top of the organisation in the inner sanctum who can advise them on football decisions, policy and ethos around the game.

"If we had that, we would have had what I view as the crazy outcome of the replacement of Martin O’Neill and Roy Keane in the way it happened.

"The appointment of Mick McCarthy is a fine appointment. Mick will do a great job. But only an organisation like the FAI could come up with the reasoning that Mick deserves to get the job but he is only good to do the job for a short period, one campaign, and at the end of that time, even if he wins the European Championships, he isn’t good enough to carry on 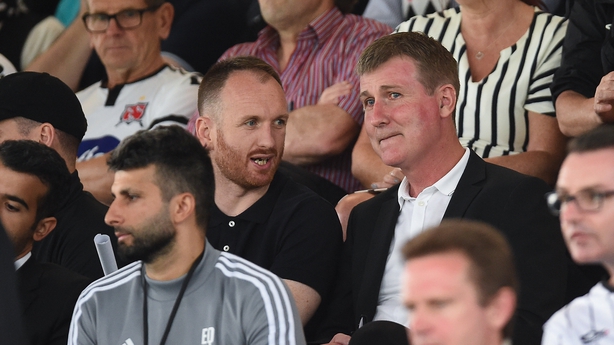 "But 'we know another fella, Stephen Kenny, although he is not good enough to do the job now, he will be good enough in a year’.

"No other sports organisation or football country has ever come up with that plan to my knowledge. That is why you need somebody to advise the decision-makers."

The 66-year-old made clear that he is not trying to tout himself for a job and simply wants a knowledge of Irish football outside of administration to become a priority.

He added that the chances of the FAI approaching him are slim as he "can’t get in the door to the FAI. I can’t even get in to one of their matches".

Kerr continued: "I don’t have the qualifications (for certain roles in the FAI), I have qualifications in football and management and coaching. I’m not trying to propose a situation where I’d be involved. There are lots and lots of good people. They have had excellent people within the FAI and still have. We are talking about people who have been out there like Niall Quinn and Packie Bonner and with a little bit of imagination (the FAI) would be able to pick others.

"Now (the FAI) are saying that below the board there will be a football management committee who will be the key committee in managing football for the future and the decision-making.

"But the chairman of that is going to be the current president. The make-up of that committee is going to be made up of similar people that we’ve had before, administrating.

"In fact there is going to be 11 of them and the wording in the report says they can co-opt three other outside people if deemed necessary. As if it’s just a little add on that, maybe, maybe we should get somebody in that knows something about football.

"The most important element of the game is player development, coaching, and the international competitiveness of our teams. And that has not been included in the report in any shape or form. That is what upsets me. So much of the discussion has not been around the future of the game." 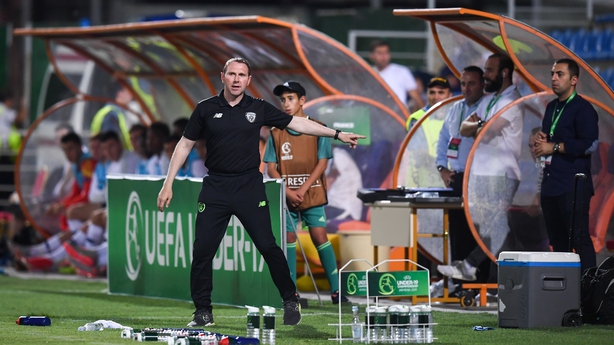 There have been some positives for the underage game with the Under-19 side reaching the semi-finals of the European Championships and the Under-21s making a bright start under Kenny, particularly in the Toulon Tournament.

Kerr, however, singled out the fact that Ireland have not won an underage medal for 18 years and that standards could be better with greater investment.

He implored the FAI to appoint and incentivise coaches to ensure they stay in the roles.

"That is too long (not to win a medal). And the reason why that has happened is because the whole thing was mismanaged for so long.

"The money was diverted away from emerging talent programmes and proper systems and structures and coaching and management that would have ensured we didn’t have such a long break.

"Yes there has been a lot of good work done, and there is very good managers with some of the underage teams, and we are competitive. But we need to ensure we are maximising the talent available in Ireland and the potential.

"There has been periods in Irish football where the best coaches worked with the underage teams. The results have been exceptional during those times. It’s a policy and enlightenment issue.

"The enlightenment is to make a decision that the coaches stay at that level and their value is understood; that they are left there to do the job and paid appropriately.

"That goes back to the mismanagement of finances and where money has been directed.

"Is it likely (the FAI) will go back to putting proper money into underage development? That remains to be seen."