Dundalk are looking to bounce back from the disappointment of their exit from the Champions League qualifiers but while they drop down to the Europa League, the level of challenge they face remains high.

Following a scoreless draw at home against Qarabag in their Champions League second-qualifying round the return leg in Azerbaijan proved to be a step too far and a one-sided 3-0 defeat means that they are now looking to the Europa League.

Standing in their way are Slovan Bratislava, the dominant side in Slovakian soccer.

Entering the Europa League at the second qualifying round after a first round Champions League exit, they eased to a 4-1 aggregate victory over Kosovan side Feronikeli and have won all three of their domestic games so far this season, leaving them top of the Slovakian Super Liga.

Conceding just twice so far this campaign and averaging more than two goals a game, Bratislava could present Dundalk with just as much of a challenge as Qarabag did last week.

Currently under the charge of caretaker manager Jan Kozak after parting company with their manager of two years, Martin Sevela in July, Bratlislava have a quality squad with more than a sprinkling of international players. 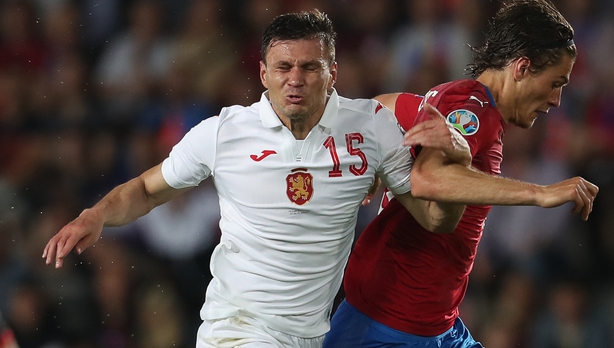 Spanish midfield Nono is the main creative force in midfield, who usually plays alongside Hungarian international David Holman, while Dutch duo Myenty Abena and Mitch Apau have been mainstays in the Bratislavan defence this season.

Boasting a slightly better European record than Dundalk, Slovan Bratislava have twice managed to qualify for the group stages of the Europa League in the last decade, most recently in 2014 when they were unable to claim a point against Sparta Prague, Young Boys or Napoli.

The following season Bratislava were drawn against UCD in the second qualifying round of the Europa League and made short work of a team that included current Dundalk midfield Robbie Benson, winning 6-1 on aggregate.

Benson isn't counting on being able to use any lessons from that tie this time around and as he told the Dundalk Democrat. "There’s not a single player from the team that we played, so it’s kind of hard to gauge what level they’d be at now.

"I’m sure they have improved; they’ve won their own domestic league now. But if they’re at a similar level to what they were, I don’t think qualifying through this round would be a major surprise for us."

One thing that is certain to be different for Benson is the stadium, with Bratislava now playing in the 22,500-capacity Tehelné Pole Arena, where they returned to in March after a full rebuild which saw them move from their old ground which was demolished in 2013.

It’s a venue that Dundalk defender Michael Duffy is looking forward to playing in and while he recognises the quality of oppositions his side are up against, he believes that the Lilywhites can do enough to keep the tie alive for the second leg in Oriel Park.

"We have done a lot of work on them so far and you can see their quality already," Duffy said.

"They are an attacking team so we know what we are up against. They are at home too but we are a good side too and it’s going to be tough for them. We will be ready for them, we are looking forward to the game and hopefully we can get the result that we want."