England international Maguire is on the verge of moving to Old Trafford from Leicester for a fee in the region of £80million.

United finished 32 points adrift of champions City last season but Guardiola expects Ole Gunnar Solskjaer's side to close the gap and be one of "many, many contenders" this term.

"Maguire is an excellent, top-class player," said the City boss after beating Liverpool on penalties to lift the Community Shield.

"We were interested but we could not afford it. United afforded it.

"He's an excellent player, he made an incredible World Cup (in 2018), he's strong in the air, good with the ball in the build-up and he's so fast.

"Congratulations for United for this signing.

"I don't know if it will be like last season, two real contenders - Liverpool and us - to win the Premier League.

"I think United with Maguire and the other players they bought, Arsenal as well, and Chelsea, and Tottenham that they won all the pre-season so I think there will be many, many contenders this time." 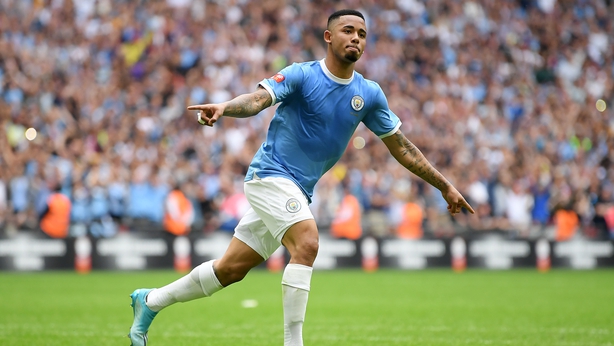 Having pipped Liverpool to top spot last season by a single point, City secured a 5-4 shoot-out success over Jurgen Klopp's men on Sunday.

Claudio Bravo's save from Georginio Wijnaldum proved decisive at Wembley after Joel Matip's second-half header cancelled out Raheem Sterling's opener in a 1-1 draw.

Guardiola admits there remains little between the two teams.

"They are a top-class team and the difference is one point ahead and one penalty ahead, that is the difference. It's minor," he said.

"Sometimes the coin can come on your side, sometimes it cannot so that is why it's good to face them to see how well prepared we have to be to try to win the title." 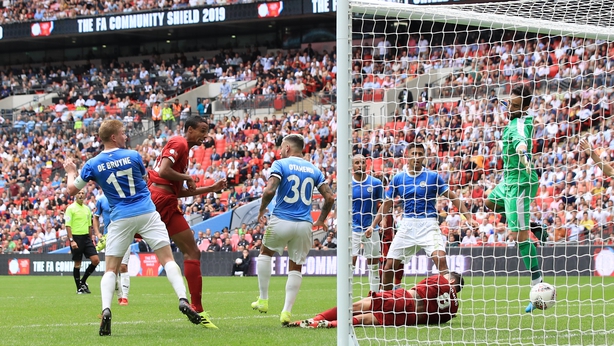 European champions Liverpool arguably had the better of the chances in London and struck the frame of the goal twice before equalising.

Despite the result, Reds boss Klopp felt his side's attacking intent bodes well for the upcoming campaign, which starts at home to newly-promoted Norwich on Friday.

"Football-wise, the second half was just really, really good, the best way you can play against City," said the German.

"They are in the early stages as well, they will be in a different shape in a couple of weeks, for sure.

"But having this amount of chances we had is a very good sign for us, absolutely."