Donal Conway has told the FAI AGM in Trim that the organisation must change its culture and behaviour.

The FAI President was elected unopposed with 134 votes in favour, five against and one abstention, despite objections from Minister for Sport Shane Ross and Sport Ireland.

He told delegates that the key finding of the Governance Review Group report was that the FAI had to change how it operated.

The report was done in conjunction with Sport Ireland and was approved by UEFA and FIFA.

He said the FAI wants to honour that report and that it is a road map for the future of the Association.

Delegates will today vote on the changes to the FAI's structures as recommended by the GRG, including a new board.

Paul Cooke of Waterford FC is the new vice president, defeating Gerry McAnaney of the Defence Forces in a ballot vote by 80 votes to 57, with two votes spoiled

Noel Fitzroy withdrew from the race for vice president ahead of the vote. Addressing the AGM, he said thathe made his decision with deep regret, but he felt that he was left with no alternative in order to uphold responsibilities to the GRG report.

Cooke is the former managing director of the Irish Daily Star and the Sunday Business Post, who has called for sweeping reform of the FAI.

Incoming FAI honourary treasurer Paul Cooke said there was a new feeling in the room at today's FAI Council meeting.

"There was a constructive atmosphere. I thought people participated in it, asked questions and got answers. " pic.twitter.com/9WDHwfAI8q

With resignation letters received from all of the previous board members, Conway thanked them for their contribution and announced a new interim board drawn from the various football constituencies.

Dick Shakespeare of UCD and Martin Heraghty of Sligo Rovers will take their place on the new Board as National League representatives.

They will be joined by Joe O'Brien of Colleges and Referees, Dave Moran of the Leinster Senior League and John Finnegan of the Munster Football Association.

John Earley, a previous board member who had resigned his position because of a lack of representation of the Schoolboys Leagues has been elected from that constituency, which in effect led to Fitzroy withdrawing as a candidate for vice president.

There will therefore be two ex-board members from the 'old’ FAI serving on the interim board.

Four independent members will be appointed in due course by a nominations committee, which will be chaired by Conway. At least two of these directors must be female.

The PFAI will not have a seat on the new FAI board as Stuart Gilhooley of the players' union lost out to O'Brien by seven votes to six.

Noel Mooney, the General Manager of the FAI, addressed the delegates saying that now more than ever the association must show solidarity. 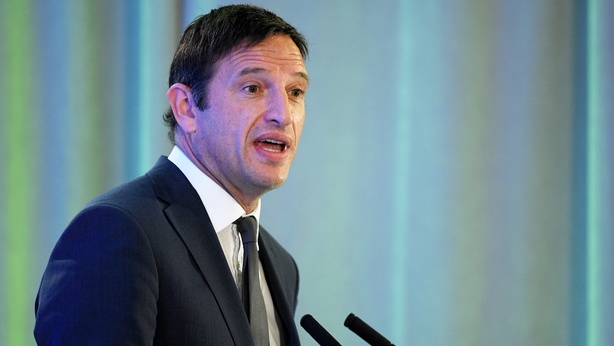 Mooney (above) also confirmed his stewardship of the embattled association would not last any longer than the planned six months but he hopes to steer the FAI through "stormy waters and lead them to calm waters ahead".

Mooney pointed out four independent directors and an improved gender balance will be brought to the board, which will help the Association move to a gold standard of governance.

The former League of Ireland goalkeeper and UEFA Head of National Associations Business Development told delegates "we are working closely with UEFA to move football forward".

He insisted the FAI are not afraid of change, but will rather embrace it.

Mooney, who is on a six-month secondment from UEFA, went on to thank international partners UEFA and FIFA who he said are the safeguarding the future of the FAI.

He thanked Conway for the leadership he has shown in tough times for the FAI. He said he will help the new board settle in and will hand over the baton after a year. To the remaining board members who will be resigning their positions today he thanked them for their contributions.

There are 160 delegates present at the AGM. 140 are entitled to vote meaning that 105 votes are required for resolutions to be passed.