Shamrock Rovers manager Stephen Bradley says his side can win in Cyprus next week, and advance to the third round qualifiers of the Europa League.

Goals from Lee Grace and Roberto Lopes helped The Hoops to come from behind to beat Apollon Limassol at Tallaght last night.

Bradley knows that a draw next week would see them through to a clash with Austria Vienna, but he insists that won't be the mindset as they prepare for the game.

"We know it's only half-time, and that we have to go again, but we're going over there with the frame of mind that we want to win the game," Bradley told RTÉ Sport.

"We're disappointed with how we defended the cross. But to be fair, it's an unbelievable strike, he's (Fotis Papoulis) put it in the top corner.

"I thought that how we responded to that was brilliant. We showed character and togetherness, and we never looked rattled.

"We were calm, and we played our way back into the game."

"The two goals came at a good time for us," the Rovers manager admitted.

"We were patient, because they're a good side. They were going to have spells in the game, and we knew that. We have to give them that respect.

"We'll also have our periods on top, and it was up to us to create chances, and we did that."

"We need to focus now on Cork, go there and get three points. There's still a lot to play for in the league.

"Then we'll focus on the second-leg."

Asked if they can finish the job next week, Bradley was assured.

"100%, I believe in this group. I believe that they can go anywhere and win games.

"We know it's going to be difficult, they're a good side, and there's the heat, but this side can go anywhere and win games. 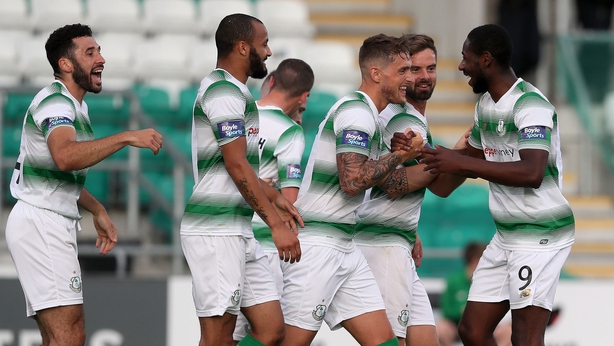 Joey O'Brien has experience in this competition, having played in it with West Ham, and, when it was still the UEFA Cup, with Bolton Wanderers.

The Rovers defender felt that they were unlucky not to be taking a bigger advantage into the second-leg.

"With them scoring early, it put us on the back foot a little bit. But to be fair to the lads, we kept our composure, got back playing, and we looked dangerous, particularly on set pieces.

"It was great to be going in at half-time at 1-1. When you're playing these European games, you're getting a feel for the opposition as you play on. So we knew what they were about, going in at the break.

"By the end of it, we're probably a little bit disappointed that we didn't get the third."

But O'Brien said he's confident that Rovers can finish the job next week.

"Hopefully we're ready. This group has proved itself over the last 18 months, and when we go over there we're going to try to play the way we normally play... get on the ball, and make chances.

"When I came here, I wanted to build something at the football club, and be part of what's going on here.

"Big European nights, it's going to be tough, but that's the name of the game." 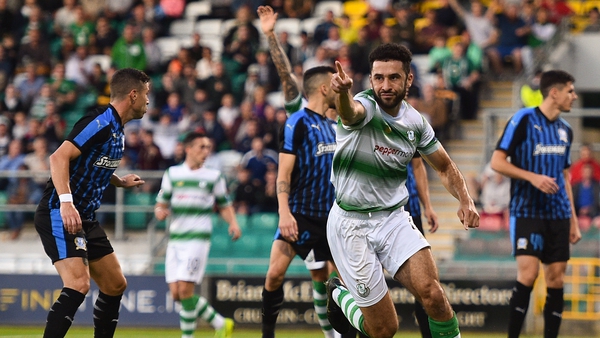 Shamrock Rovers come from behind to take lead to Cyprus