Republic of Ireland Under-21 captain Jayson Molumby has joined Millwall on loan from Brighton and Hove Albion.

The 19-year-old midfielder has penned a two-year contract with the Premier League side, but will spend the 2019/20 campaign in the Championship in an effort to get more first-team football.

The Waterford native made his Brighton debut nearly two years ago in the League Cup, but two appearances in that competition is all he has to show in that time after spending 15 months sidelined after knee-cap reconstruction.

Molumby was an unused sub for Albion's closing 4-1 defeat by Premier League champions Manchester City at the Amex in May, which turned out to be Chris Hughton's last match in charge.

He was part of Stephen Kenny's team captain as the Under-21s reached the semi-finals of the Toulon tournament, losing 2-0 to Brazil at the penultimate stage. 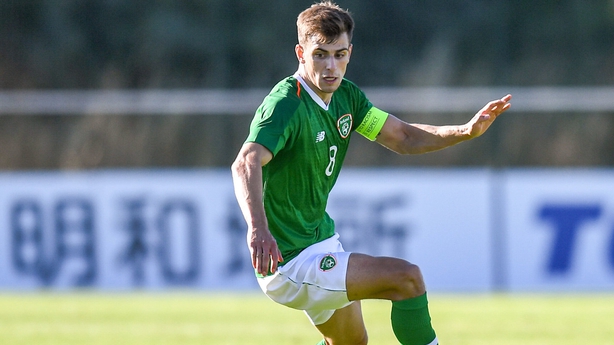 "This move comes at the right time for Jayson, and his new deal is well deserved after plenty of hard work over the past few years," Brighton U23 coach Simon Rusk told the club's official website.

"Jayson has always had the desire to take his game to the next level, and the opportunity to play senior football in the second tier will certainly give him the chance to do that.

"The Championship is one of the most competitive leagues in the world, and we hope Jayson makes the very most of his time at Millwall during the upcoming season."