Inter Milan head coach Antonio Conte has confirmed his desire to sign Manchester United striker Romelu Lukaku - a player Ole Gunnar Solskjaer has ruled out of Saturday's clash between the sides in Singapore with a knock.

Two years on from joining from Everton for an initial £75million, the 26-year-old is keen to move onto pastures new and link up with the manager he spurned to join the Old Trafford giants.

United sneaked ahead of Conte's Chelsea to complete that move in 2017, and now the Italian is looking to link up with him at Inter, who face Solskjaer's side at Singapore's National Stadium on Saturday.

"I think frustrated is a big word," he said in English when asked about the inability to complete a deal.

"Lukaku is a United player and this is the reality. You know very well that I like this player, but also in the past when I was Chelsea's coach and I tried to bring him to Chelsea.

Pushed on Inter's interest in him, Conte said: "I think that at this moment, I repeat, we're talking about a player of another club.

"For this reason, I think that it's right (we) don't talk about Lukaku because I have great respect for United.

"As I said before, for sure, I like this player and I consider him an important player for us to have a good improvement. But, at the same time, there is a market, a transfer market.

"We know very well which is our situation at this moment. We'll see, we'll see what happens but now, for sure, Lukaku is a United player."

Conte confirmed striker Mauro Icardi, just like midfielder Radja Nainggolan, would not be part of the 'Inter project' moving forwards, a decision that leaves them light in attack.

"But the market is open so there is still a process for players to come in and out." 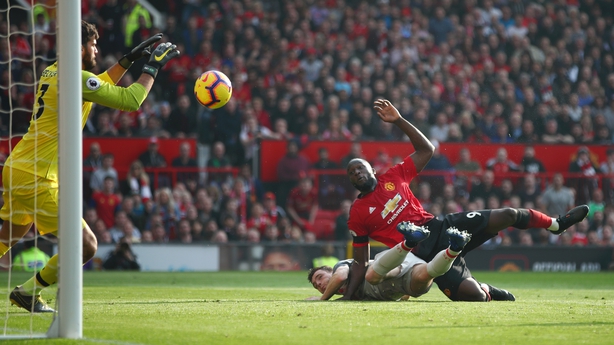 Conte's frustration in failing to sign Lukaku is understood to be echoed by the player himself.

The Belgium striker watched United's training session from the bench on the eve of the International Champions Cup match against his potential employers in sweltering Singapore.

Lukaku was at one point seen in animated conversation with a member of the United backroom team during the session, one of many he has missed during the pre-season tour.

After missing missed the wins against Perth Glory and Leeds, the 26-year-old will again fulfil a watching brief in Singapore.

"No, he's not fit so he won't be available," Solskjaer said in Singapore, two hours before Conte sat in the same chair.

When asked if he believed Lukaku would be at the club next month, the United manager said: "I don't have any updates from the last time I spoke to you. So, yeah, I do."