Cork City's hopes of meeting Rangers in the second qualifying round of the Europa League are over as they were beaten by Progrés Niederkorn 3-2 on aggregate.

Goals from Garry Buckley and Conor McCarthy did see City win the second leg 2-1 in Luxembourg on Thursday night - ending a run of eight games without a win in all competitions -  but ultimately they gave themselves too much to do from the first leg and their European run ends in the first round.

John Cotter made just the one change to his side that lost 2-0 in the first leg at Turner’s Cross with Daire O’Connor replacing Dan Casey.

The Interim manager spoke in the build-up to the game about the need for an early goal and after three minutes his prayers were answered.

Buckley has had his critics this season but he soon had them eating their words when he found the back of the net with a stunning volley for the club’s first goal in European competition since Sean Maguire scored against Levadia Tallinn in 2017.

City had also lost their last seven games in European football but they now had the confidence boost that they needed and they continued to create chances against their nervous opponents. 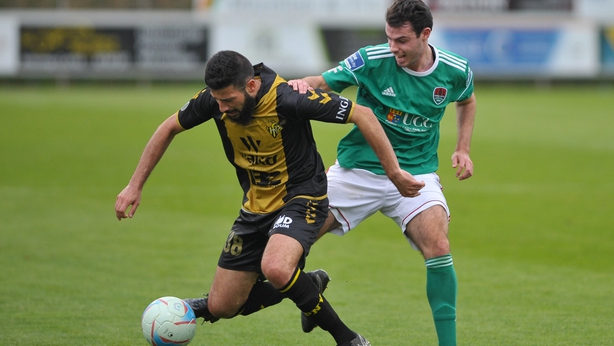 Buckley went close with a free-kick after 19 minutes but his deflected strike rolled just wide of the bottom left corner with the resulting corner kick failing to trouble the Niederkorn target.

As the Leesiders piled forward in numbers they left themselves vulnerable at the back.

Midway through the first half Progres almost profited from a counter attack but after getting in behind the defence Kempes Waldemar Tekiela could only fire his shot wide of Mark McNulty's near post.

Cork still looked the more dangerous of the two sides and shortly after Karl Sheppard headed wide from a corner they squandered a glorious chance to double their lead.

Brilliant footwork on the edge of the box from Joel Coustrain saw him skip past two defenders and race clear on goal.

But the winger's low strike was saved by the feet of goalkeeper Sebastian Flauss and Sheppard could only send the rebound wide.

Sheppard almost made amends for that miss before the half time break but his ambitious effort from the left-wing drifted inches past the far top right corner moments before Daire O'Connor also saw a shot saved by Flauss.

But City maintained that intensity at the beginning of the second half and they finally made it 2-0 when Conor McCarthy header home off the inside of the back post from close range.

McNulty made an excellent save low to his right moments later but he was beaten with 22 minutes remaining when Issa Bah blasted the ball into the roof of the net from a tight angle.

City knew one more goal would still be enough to send them through to a meeting with Steven Gerrard’s Glasgow Rangers in the next round and they pushed forward until the final whistle.

But it just wasn't to be. Kevin O’Connor emerged from the bench to take a free-kick deep into injury time but he sent his attempt over the cross bar with the final kick off the game.