Rowe was in attendance with Sligo Rovers chairman Martin Heraghty at the National League strategic planning weekend hosted by the FAI in Abbotstown where the future of the domestic league was top of the agenda.

"It was well presented, what it came with was a lot of information that he [Kieran Lucid] has done some very good work on it," Rowe told RTÉ Sport's Soccer Podcast.

"He’s talking to media partners, corporate sponsors, governments, funding and UEFA so when we are working hard to make (running a club) viable on a week-to-week basis someone who has gone off and looked at all those worlds.

"As a group of clubs we realise that we don't have those skillsets within us, you’d expect those skillsets to partly come from the parent association the FAI but they haven’t and they were never going to in the culture and regime and attitude that there was towards the league.

"But suddenly you have these two voluntary groups [Lucid and Niall Quinn] saying you can do this and do that and Kieran's presentation was very well received, very well thought out and a very intelligent proposition." 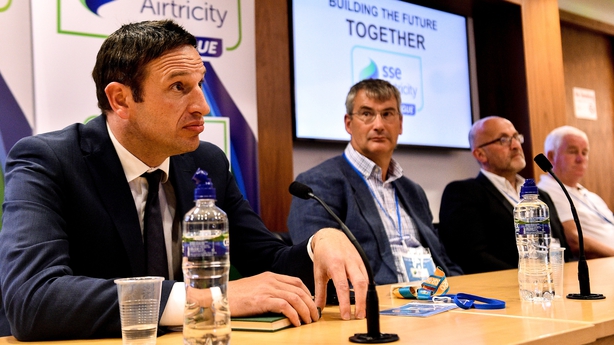 The FAI AGM is set to take place on 27 July in Meath with an EGM scheduled for a week earlier on 20 July.

The organisation's annual accounts will not be made available for the meetings but Rowe, who is a chartered accountant, feels this is not necessarily a bad thing.

"I'm not privy to the reasons behind this but I assume there are issues around - if we want to call it - the previous regime in the FAI and there are serious unresolved issues, I can only assume that’s why it is, yes it’s unusual.

"To be honest I think we need to clear the slate as well. The worst thing you could do is bring a set of accounts forward that ended up having significant negative adjustments because things that aren’t certain now turned into certainties down the road and they were bad news so for some extent I think the Association needs to clean the slate going forward."