Ole Gunnar Solskjaer is considering Paul Pogba for the captaincy, despite the Manchester United's midfielder desire to leave this summer.

Marcus Rashford's fine strike was followed by an impressive James Garner effort as the Red Devils opened pre-season with a victory far more comfortable than the 2-0 scoreline against Perth Glory suggests.

Pogba came on at half-time as Solskjaer completely rotated his side at the huge Optus Stadium, where the World Cup winner received a largely warm reception despite publicly admitting his openness to "a new challenge somewhere else".

Agent Mino Raiola compounded matters by talking about how he is working to get his client a move, but Solskjaer says he would still consider the midfielder for a leadership role this season.

"No, it hasn't (been decided)," the United boss said of the captaincy, having seen Antonio Valencia depart in the summer

"So we've got quite a few possibilities there and when the season starts we'll announce.

"Of course we'll have a good assessment, see how pre-season goes, so there we go.

"But, as you saw, Ashley (Young) will wear it when he's playing until we decide on someone, yeah."

Asked if Pogba is under consideration for the role, Solskjaer said: "Yeah."

The France midfielder regularly captained United at the start of the 2018-19 season, only for Jose Mourinho to swiftly take away any vice-captain responsibilities as their relationship deteriorated.

The club-record signing was asked for an interview as he made his way out of Optus Stadium, but simply responded: "No need". Pogba said similar to another reporter.

Speculation about outgoings will continue throughout the tour, while Solskjaer kept his cards close to his chest when it came to signings. 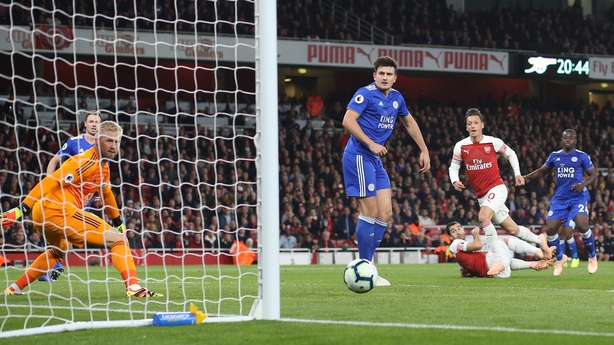 It's understood that United are still trying to sign Leicester centre-back Harry Maguire, while they are scouring the market for a midfielder.

"I think you need to speak to Ed (Woodward, executive vice-chairman) or others," the United boss said about transfers.

"At the moment, I can't give you any updates, no.

"Well, timing is obviously an issue but we're working, as I've said before, so of course we're optimistic."

Solskjaer was more forthcoming when it came to the performance of his squad in their pre-season opener, with Daniel James impressing and Aaron Wan-Bissaka showing signs of promise in their first match in a United shirt.

"Both the new lads did well, both Dan and Aaron," he said, having confirmed Luke Shaw went off with a hamstring issue.

"I think they also showed that they can make it as a Man United player and the more experienced ones did a job because we got 45 minutes out of most and it was a professional workout from everyone."