Chants of "you're getting sacked in the morning" rang out around Dalymount Park as Frank Lampard’s first game as Chelsea manager ended in a stalemate with Bohemians.

They came from the small pocket of home fans rather than the large contingent of travelling fans who serenaded him long after the final whistle.

However there’s little doubt that Lampard faces a challenge to raise the spirits of a side who, though it’s only their first game, lacked the energy and bravery he’d spoken of requiring earlier in the week.

The heavy rain that showered Dublin in the lead-up to kick-off eased off in time for kick-off, but Eric Molloy's deserved late equaliser will have dampened spirits considerably.

Molloy – who has spent the past two years in New Zealand, where he played in the Club World Cup with Team Wellington – rifled home at the near post with just a minute remaining.

Keith Long’s side were full value for the draw as they battled intently despite going behind to a contentious Michy Batshuayi strike inside eight minutes. 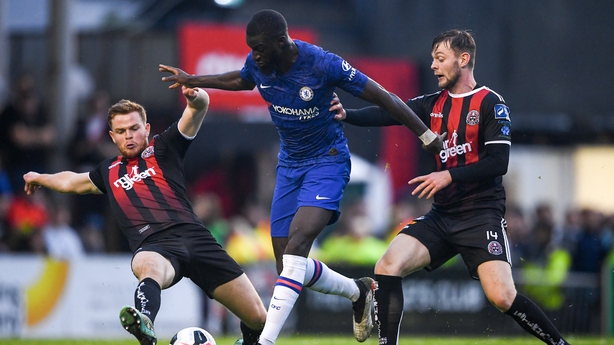 Lampard included none of the players who’d flown in late to camp but still included World Cup winner Pedro as well as captain Cesar Azpilicueta and Wales star Ethan Ampadu.

It was Bohs who were first to go close, however, as fine skill from Mandroiu led to Wright running at a retreating Chelsea defence, and his well-struck shot was only inches wide of the target.

Chelsea’s first half-chance yielded a goal as Kenedy’s shot took a wicked deflection off Michael Barker and fell perfectly for Batshuayi, though he may have been offside, to finish from six yards.

The Blues had a pep in their step for a spell afterwards and dominated possession, with Ampadu (below) in midfield particularly influential, but they created little and were vulnerable on the break. 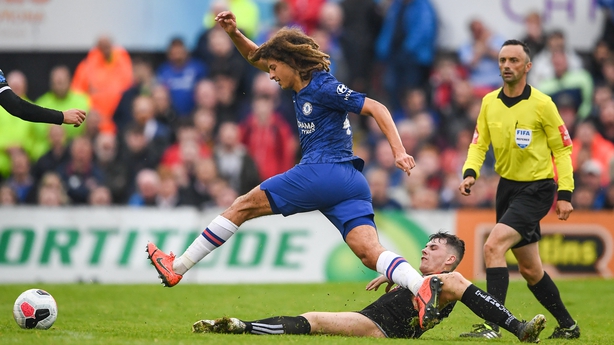 Mandroiu’s evasiveness and precision of passing put the Blues defence on the backfoot and he stung the palms of Willy Caballero with the defence backing off ten minutes before the break.

Chelsea made ten changes at the break and looked a team transformed in the following quarter of an hour, with Billy Gilmour twice going close for the hosts.

Tiémoué Bakayoko forced an unorthodox save from Talbot before Gilmour was sure he’d capped off a lovely flowing move only for Talbot to brilliantly deny him once more.

Once again, the level of intensity and energy Lampard craves could only sustain them for so long and Bohs were completely dominant in the final half hour. 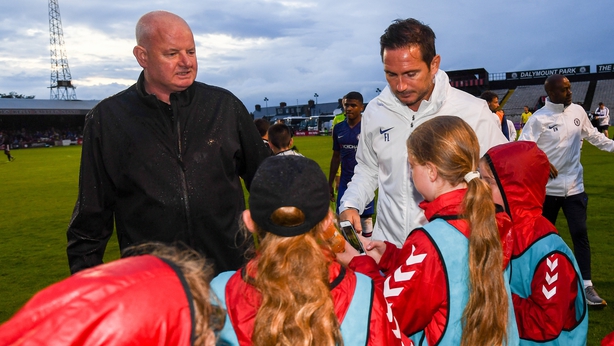 14-year-old Evan Ferguson, who is wanted by a host of Premier League clubs, had an impressive 20-minute cameo and his nifty footwork almost yielded a goal.

Ward went close with a rasping drive before picking out Molloy, via Ferguson’s clever dummy, to rifle home at the near post and send the home fans wild.

Lampard admitted his disappointment at the result but reiterated his excitement at the new task despite the strictures of a transfer ban meaning he has to invest in youth.

"I’m excited. It’s obviously a big challenge for me, and for the club, and I want the best for the club," he said after the game.

"It’s been my home for a long time. I’m back and I want to work hard and be a success for as long as I can."

Lampard added that he would have liked for Shay Given, who was his goalkeeping coach at Derby County, to follow him to Stamford Bridge but circumstances outside his control made it impossible.

"I worked with Shay last year and it was just the circumstances with him. This is the route that he’s chosen and I wish him the best."