Live blog on RTÉ.ie and the RTÉ News Now app

Cloudy with a strong chance of showers and light winds. Maximum temperatures of 16 to 18 degrees. For more, go to met.ie

There is a sense that this game is arriving at just the right time for Dundalk, who currently lead the SSE Airtricity League Premier Division by eight points.

After overcoming a somewhat slow start to life without Stephen Kenny, the Lilywhites come into this fixture on the back of a 16-game unbeaten run in the league, including a 2-2 draw away to Derry City last Friday, a game which represented the first dropped points in nine league outings as Perth left both Patrick Hoban and Jamie McGrath on the bench.

The club have also been boosted by the news that captain Brian Gartland has put pen to paper on a new contract, which will see him extend his six-year stay at Oriel Park to the end of the 2020 season. Midfielder John Mountney is preparing for his fourth Champions League qualifying campaign with the club, and says that the European fixtures still represent the highlight in Dundalk's calendar.

"It's the most exciting time of the year for fans, players and everyone involved in the club.

"It’s why you want to win the league – to get to stages like this and to play in these matches. When you are in pre-season it is in the back of your mind, you push yourself that little bit harder to be ready and motivate you.

"Knowing you have Champions League football is always great; it’s something to look forward to.

"We have a big week coming up. We know it won’t be easy against Riga but we will get ourselves ready, study them and we will be doing everything we can to progress." 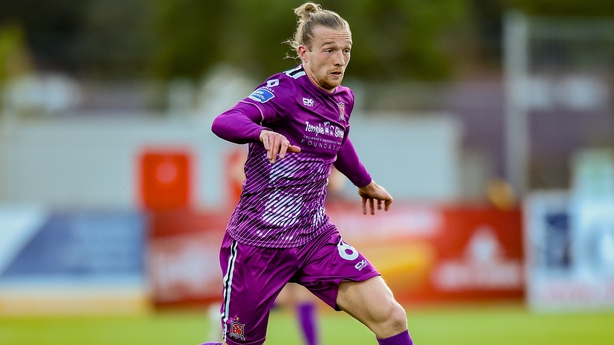 It would be a stretch to say this was a nice draw for Dundalk, with Riga ranked 30th of the 32 teams in the draw for this round of qualifiers, but there were certainly more formidable names that could have been pulled from the hat.

The Latvian club are a relatively new addition to European football, having only been formed in 2015 following a merger between two lower division clubs, namely FC Caramba Riga and Dinamo Riga. Last season, Riga were beaten on away goals by CSKA Sofia in the first qualifying round of the Europa League, but went on to win their first Latvian title.

Ukrainian forward Roman Debelko has been singled out by Dundalk boss Vinny Perth as a threat, having faced the Lilies last July while he was playing for Levadia Tallinn.

Speaking after the draw was made, Perth said that his team won't be taking Riga's low ranking on face value.

"They weren't ranked very highly but that is down to the fact that they haven't got the history of playing in Europe. There seem to be connections to the old Skonto Riga, though, who put Pat's out a few years back (in 2016) and they play at their stadium.

"They only narrowly lost to CSKA Sofia in Europe last year, they have quite a few Latvian internationals and a couple from other countries so they will be strong. But, like I say, it could have been worse. You go into these things knowing that you can get one of the big European sides."

Riga are four points clear of the Virsliga, but have lost five of their 19 league games, winning three of their last five fixtures.

ROUTE TO THE GROUP STAGES

Dundalk are already guaranteed to net €800,000 from reaching the qualifying rounds, and victory over the two legs against Riga would see the club bank an additional €400,000, breaking the €1million mark.

Should Dundalk advance past Riga over the two legs, the second of which takes place in the 9,500 capacity Skonto Stadium next Wednesday, they will face either FK Partizani or Qarabag, as the qualifiers split into Champions Path (for league winners) and League path (for teams that did not win their domestic league).

Last year Dundalk progressed to the second qualifying round of the Europa League, defeating Estonia's Levadia Tallinn 3-1 over 2 legs before a 4-0 aggregate defeat to AEK Larnaca of Cyprus.