Ollie Cahill holds the record for the most European appearances by a League of Ireland player.

The former Cork City, Shelbourne, Drogheda United, Shamrock Rovers and Bohs midfielder laced up his boots 41 times to face teams from the Continent, and has the memories to go with it.

Two campaigns resonate more than all the others for the Tipp man - and both remain laced with pride and a regret.

The first, in 2004, saw Shels make the third qualifying round of the Champions League after they'd stunned Hajduk Split and then pushed Deportivo La Coruna - semi-finalists in the competition the previous season - all the way before running out of gas in Spain.

A goalless draw at Lansdowne Road gave them real hope, but the La Liga side scored three times in the last half an hour on their own patch to progress to the group stages.

"It was incredible," Cahill told the RTÉ Soccer Podcast.

"In the second leg over at Deportivo at half-time it was still 0-0. We came out for the second 45 minutes thinking, 'we've got a chance of making the group stages here'. It was special.

"At the time maybe we didn't really realise what we were doing. What hit it home for me was when we beat Hajduk Split [in the second qualifying round] on a Wednesday night in Tolka. We were off Thursday and Friday and then we went to training.

"When we got there there were queues of people down Richmond Road waiting to buy tickets for the Deportivo game. We kind of realised, 'woah, we could be on to something here, this is big!'.

"When you look back now you can appreciate how big it was.

"I still get a little shiver when I hear the commentary [for Dave Rogers' superb volley against Hajduk Split]. 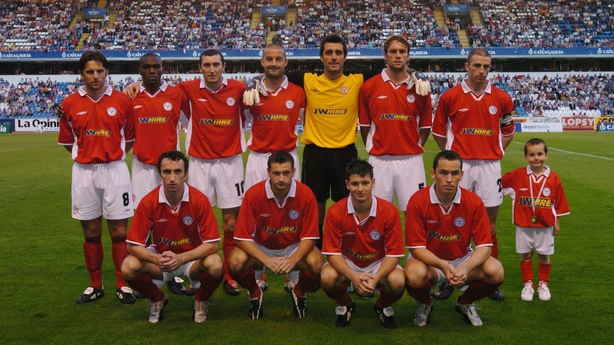 "We were good at what we did in Europe, the way we set up, we were well drilled and knew what we were doing. Wes [Hoolahan] ran the show in the first leg against Deportivo when he was up against Mauro Silva, who was a World Cup winner with Brazil. He couldn't get near Wes!

"In Spain, Deportivo got the first goal and we had to open up and chase it a bit and we got caught on the break a couple of times. It was disappointing in the end but they were special times."

Cahill's other great European near-miss came in 2008 with Drogheda United.

Up against the might of Dynamo Kiev in the second qualifying round of the Champions League, the Drogs had lost the first leg at Dalymount Park 2-1.

When Olexsandr Aliev drilled home in the 13th minute in Kiev, the tie looked dead and buried but Paul Doolin's men rallied spectacularly.

Shane Robinson slotted home a penalty before half-time to make it 3-2 on aggregate, and after Artem Milevsky scored again for the hosts, Graham Gartland set up a grandstand finish when he poked home another Drogheda goal two minutes from time.

After that, chaos ensued. A minute into injury-time, Robinson scampered clear and saw his strike parried on to the inside of the post by Ukrainian keeper Taras Lutsenko.

Moments later, Adam Hughes squandered another glorious chance from close range. Drogheda were out, but Kiev knew they'd be in a serious game of ball.

"I can still see that ball hitting the inside of the post and rolling across," adds Cahill.

"I was on the edge of the six-yard box looking at it. If it had hit the post and rolled out I'd have had a tap-in. It rolled right across the line. I was looking at it going, 'I just can't get to it...' It was an unbelievable performance by us.

"They were a top side. After the first leg we did some analysis on them and Paul Doolin was able to pinpoint exactly what we needed to do to stop them and how we could get at them as well.

"We carried it off to a tee and came within the width of a post of knocking them out. Even just after that Adam Hughes had a great chance - the ball dropped to him about five yards out and he managed to scoop it over the bar. 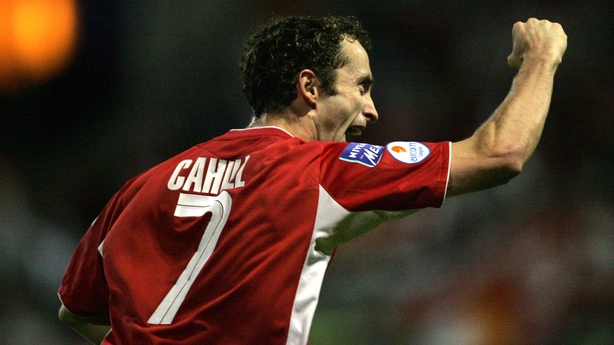 Dundalk, St Pat's, Cork City and Shamrock Rovers all go into European action this week and have the opportunity to write themselves into League of Ireland folklore.

It is, says Cahill, a unique period of the season.

"Everything is heightened around this time of year. The media attention ramps up, you've got the foreign media coming in as well, and there's just an extra special buzz around it.

"For most of the players this is the highlight of their career, the highest level they're going to play at. You can challenge yourself against the best that the rest of Europe has to offer.

"It's where every player wants to be."