New Chelsea manager Frank Lampard has said he does not view making the step up to one of the biggest jobs in world football as a risk and will not seek advice from any of his former coaches as he begins the 'biggest challenge' of his career.

Lampard was unveiled as Maurizio Sarri's replacement on Thursday after one season in charge of Championship side Derby County, with owner Roman Abramovich turning to Chelsea's record goalscorer to lead the club into a new era.

"Yes I would (call it my biggest challenge). My playing career is done. You start again as a manager. I should be judged on what I do here, going forward."

Lampard, who won three Premier League titles and the Champions League as a Chelsea player, said he did not think his legendary status at Stamford Bridge should earn him any special treatment from the club's board. 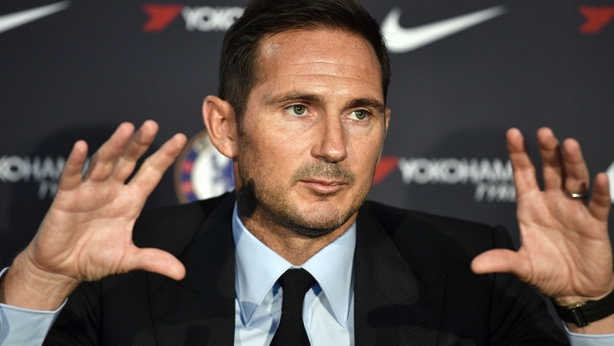 "I'm a realist and the last thing I want to do is ask for any favours... nobody has an easy road in football," he added.

"I haven't spoken to any of my old managers and... I don't plan to call any of them. Questions are always asked of you in football and I am getting that again. I really like that."

Former Chelsea midfielder Jody Morris and Chris Jones, who both worked alongside Lampard at Derby, have joined his backroom staff but Chelsea also announced that Sarri's assistant Gianfranco Zola had left the club.

"It's a very Chelsea-orientated team but it is not an old boys' club," Lampard said. "It's not just bringing in players who played for the club, but people who feel the club and have an incredible work ethic."

Chelsea are under a transfer ban, and have lost talismanic midfielder Eden Hazard to Real Madrid, and one of Lampard's first jobs will be identifying talent in the club's youth ranks.

"It's really important to develop young players," he added.

"People will question my experience, but I'm ready for that. What will define me is my work ethic and what I put into it to try to bring success."

Chelsea are also in the midst of appealing against a transfer ban imposed by FIFA following irregularities in the signing of young players.

Unless an appeal is successful at some point, Lampard will therefore be unable to recruit new players in the next two transfer windows.

"I believe in myself completely and I want to show that I am ready to manage this club with one year experience or 10 years' experience," he added.

"What will define me and my time here will be my work ethic and what I put into it to try to bring success.

"I mentioned on one hand to work with young players and that will be really important and one of my first jobs to do, and I will do it throughout my time.

"But at the same time, I want to work with the experienced players, the ones who have been around a long time and feel the club.

"I want players, whether you are 18 years of age or 32 years of age. This is your club and you are not just passing through Chelsea into something else. I want people who want to be here."