It's nearly three months since Duundlk last tasted defeat in the league and they head to Foyleside eight points clear of nearest rivals Shamrock Rovers.

Some would say that the title is now Dundalk's to lose, though such thoughts are unlikely to reverberate too loudly in the champions' camp.

For fourth-placed Derry, too many draws are hindering their prospects of breaking into the top three. A win for them here could blow the title race wide open again.

Derry City: The hosts are waiting on clearance for new siginings Darren McCauley, Conor Davis and Mark McChrystal bit all three could be available.

Dundalk: Jordan Flores remains out with a hip flexor problem and we are awaiting international clearance for Andy Boyle to play. There are doubts over Jamie McGrath, Sean Murray and Patrick Hoban and all will be assessed before kick-off.

Declan Devine (Derry City): "It's a brilliant game and it’s a game that gives us an opportunity to test ourselves against the best," he told the Derry Journal. "It’s gives us another opportunity to break records that we haven’t broken in a long time, but we are very respectful of them."

Jamie McGrath (Dundalk): "It's going to be a tough game in Derry but we have a good record there in the last few years. We seem to play well up there. We’d like to take that into Friday night and that will give us confidence but we are expecting a difficult game, we just want to get the win and hopefully we can." 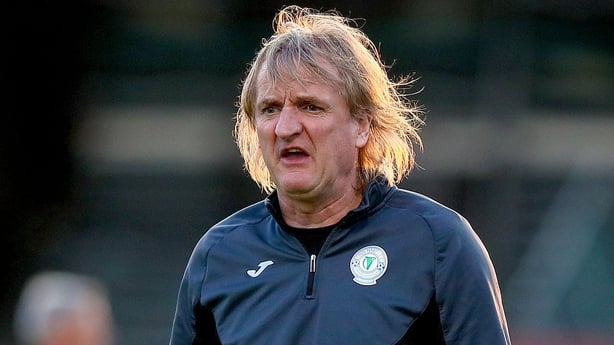 It's the clash of the bottom two at the Bowl.

The Students have three games in hand on Harps and know that a win would leave just a point between the sides.

UCD were deserving 3-0 winners against Harps in Belfield in the middle of March but Ollie Horgan's men exacted revenge at Finn Park in early May with a victory by the same margin thanks to a brace of goals from Caolan McAleer and one from Nathan Boyle.

Finn Harps: Raffaele Cretaro is a doubt for Harps. Michael Gallagher and Ciaran Gallagher remain on the injury list.

Ollie Horgan: "UCD will be a big threat to us after losing 5-1 to Sligo on Monday night. They are a much better side than that result. Last Friday night St. Pat's who are way ahead of us in the table just got a 1-0 at Belfield. We are no world beaters just because we managed a win and draw from the last two games.

"Our lads are going to have to up their game a hell of lot because Collie O’Neill will have his players really sharp." 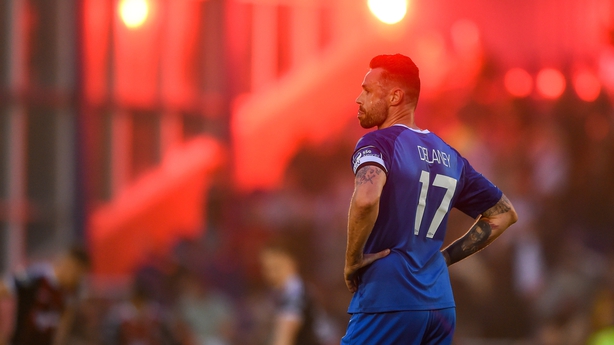 The home side are struggling to find form and with less games played than those around them, they will be keen to give their season a kick-start.

The Blues confirmed on Thursday that Damien Delaney has left the club by mutual agreement.

Delaney, the club captain, joined the club at the start of the season having spent last season with Cork City and announced his retirement from professional football.

Pat's meanwhile are eyeing some points to keep up a push for a European spot.

St Pat's: Pat's are boosted by the return of former Blues player Dave Webster from injury, while manager Kenny will give late fitness tests to both defender Ciarán Kelly and midfielder Conor Clifford.

Alan Reynolds (Waterford FC): "Last Friday was a tough result to take against Bohs here at the RSC. It was a good performance so to lose in the last minute was tough to take. Monday's game was a more difficult one. Credit to the players they had to work very hard against a Dundalk side who were just better on the night.

"We’ve had two good performances against St Pats this season already and we need that again. We’ve won both the games so far but that counts for nothing on Friday; we need to bring a high level of performance to the pitch and get our momentum moving forward." 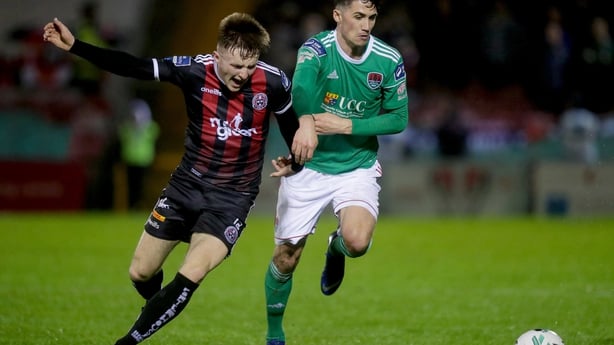 A drab draw away to Finn Harps on the back of a home drubbing against Derry summed up Cork's week. Attacking reinforcements are on their way as they look to climb the table.

Bohemians head south on the back of victories over Shamrock Rovers and Waterford and a draw against Derry City in their last three games.

Cork City: Shane Griffin, Pierce Phillips, Cian Murphy and Cian Bargary are all definitely ruled out, but it is hoped that Karl Sheppard will be available for selection. City will be boosted by the return of Dáire O'Connor having served a one game suspension after being sent off against Derry City, while Joel Coustrain will be available to make his first appearance in a Cork City shirt.

John Cotter (Cork City): "We know Bohs will be a tough game, it always is. We beat them here 2-0 and we beat them up there 1-0, but those games count for nothing. We know we're going to have to go out Friday and produce every bit of that work-rate that we produced last night. Hopefully the couple of attacking players we have coming in - Dáire, Joel and Darragh Crowley will help us."

"On Monday night we were literally down to barebones, but the boys put in an unbelievable shift and that’s all that we can ask of them. I’ve no doubt that if we keep doing that, we will get the wins we’re looking for."

Keith Long (Bohemians): "Cork fancy themselves against us. It's a tough place to go and they are a proud club with proud people. They're a good side. They've changed manager, they've brought in new players and let some go but they are a good side.

"We have a lot of injuries and it will be a tough game but it's 11 v 11. They've had the better of it against us in the league but this year but we can we've taken 10 points from our last 12 so we're going down in form despite the players we've had missing." 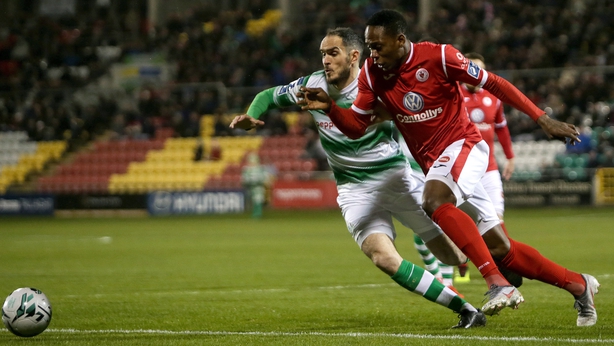 The Hoops got back to winning way at Richmond Park last Monday and will look to keep pace with Dundalk and bag the three points here.

Sligo eventually cut loose against the UCD last day. Their form has definitely improved since their 3-0 drubbing in Tallaght on 15 March.

Shamrock Rovers: Neil Farrugia is still a bit away from a return and Aaron McEneff will be assessed to see if he can be involved against Sligo.

Sligo Rovers: Regan Donelon is the only injury double (hamstring) and will be tested pre-game. Otherwise it's a full squad as Daryl Fordyce returns from an Achilles problem.

Stephen Bradley (Shamrock Rovers): "Sligo have shown this year that they can beat anybody on their day. We've got to expect the best Sligo possible to show up in Tallaght tomorrow. We’ve got to be ready for that but impose our game on them.

"The players have responded to the fans’ support and you can see how much it means to them on the pitch. The fans have been unbelievable home and away, the players and the staff really appreciate it so hopefully we can get another big crowd on Friday night."

Liam Buckley (Sligo Rovers):  "I said at the break that our medium-term goal is take as many points as we can from all the games and that must include grit and determination and desire to do so.We look forward now.

"I thought we kept it simple, kept it moving and we want to build on that. When we went to Tallaght for the first game, we didn’t really perform at all. That was 15 March and I think we’re a lot different team now and I’d like us to go out and do ourselves justice."