Frank Lampard will be absent from Derby training for a second successive day as he continues to negotiate his Chelsea return.

Rams boss Lampard has been excused from reporting back for pre-season by the Sky Bet Championship club in order to conclude discussions with the Blues' board.

The 41-year-old, who has two years remaining on his County contract, scored a club record 211 goals and won 11 major trophies as a Chelsea player between 2001 and 2014.

Derby owner Mel Morris believes it is only a matter of time before Lampard succeeds Maurizio Sarri as head coach at Stamford Bridge.

"I'm assuming so. Obviously it's a matter between Chelsea and Frank at this stage, but they've now got the opportunity to finalise matters," Morris told talkSPORT.

"When Frank and I first met, we discussed this very eventuality, the only difference is the timing of this.

"Our belief at this point in time is that Frank and Chelsea need to have the time now to finalise the transaction between them."

On Monday, Derby gave Lampard an initial two days of authorised leave to complete the move.

The former England midfielder has had permission to speak with the Europa League winners since last Tuesday.

Morris said Lampard was away on holiday until Friday and believes that has been a "big factor" in delaying his potential appointment.

Derby, who were beaten in the Championship play-off final during Lampard's first season in management, are scheduled to travel to Florida for a 10-day training camp later this week.

The Rams have already begun the search for a new manager.

"Derby County Football Club has excused Frank Lampard from reporting back for pre-season training on Monday and Tuesday to allow his discussions regarding a potential move to Chelsea to be concluded as soon as possible," read a statement on County's official website.

"The first few days of pre-season training will be focused on fitness training and will continue as planned under the guidance of the fitness, medical, conditioning and sports science teams at the club's training centre.

"On the assumption that Frank will reach an agreement with Chelsea to become their new manager, the club shall step up its efforts to find a replacement manager." 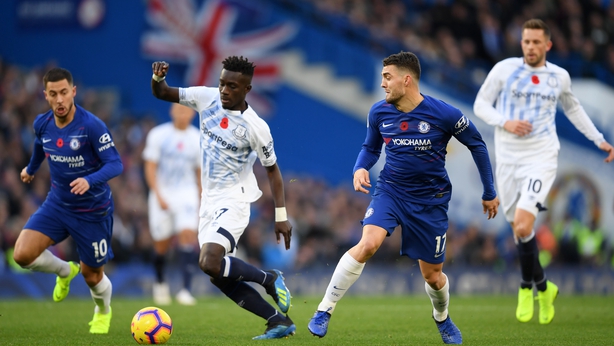 Chelsea, meanwhile, have secured the permanent signing of Mateo Kovacic from Real Madrid on a five-year contract for an undisclosed fee.

Croatia midfielder Kovacic made 51 appearances during a loan spell with the Blues last season.