Now he wants to repay the county Armagh man by gifting him another glut of trophies.

Lennon turned 48 on Tuesday but spent the day flying from his side's summer training base in Austria to Paris in order to complete his move for the giant 6ft 5in Toulouse defender.

And his efforts were rewarded as the 26-year-old agreed a four-year deal as part of a €7.8m swoop.

"I've been speaking with the manager for the last three days," explained Jullien after taking his first look around Celtic Park.

"He came to Paris on his birthday to meet me, so I have to thank him for that.

"It was really nice for him to come to me and make that first contact. He's a really nice guy and I can't wait to join his team and work for him.

"He was in the training camp but he told me he was excited to meet me in Paris and for me it's a great feeling to have a coach who really wants you and was just happy to see me."

Celtic have splashed out their second-biggest ever transfer fee to land a player who emerged from the famed Auxerre youth academy before relaunching his career at Toulouse following an unhappy stint in Germany with Freiburg.

Jullien is not concerned by the hefty price tag round his neck but is determined to plunder as much silverware as he can after joining up with the triple treble winners.

He said: "I'm not really focusing on the fee, more on what I can do. I know that this team last year did a really good job.

"That's a good pressure for me. I'm coming into a team that wins a lot of things and know I'll do my best to bring everything I can to the table and to do the same things again.

"It's a really exciting time for my career to come to such a historic club, the best club in Scotland. I can't wait to get started. When you start playing football, you want to leave a legacy. The fact you can chase some trophies here was a really good thing in my mind.

"For me every day you can progress and that's my goal. I said to the manager a few days ago, 'I really hope your staff is ready for me because I'm going to be on their back a lot'. My goal is to come here, progress a lot and become another man."

As well as Lennon, Jullien spoke with former Toulouse team-mate Odsonne Edouard as he sought advice on his move to Scotland.

But he was already well aware of the club's French connections having played alongside former Parkhead favourite Bobo Balde's little brother earlier in his career.

The former France Under-20 cap said: "I spoke to Odsonne two weeks ago and he came to me first. He said, 'I hear your name a lot these days'.

"We were just chatting and when it started getting serious I asked him a couple of questions and he told me a lot of good things about the club.

"After that, my mind was made up. I know Bobo Balde was also at Celtic. I don't know everything about what he did here but I do know his little brother Yasser. I played with him when I was younger at Auxerre.

"Every day he was speaking about what his brother did. I heard a lot.

"I've also heard a lot of good things about French players here and that's nice. It would be great if I could do as well as Bobo. My goal is to come here and make the best impact I can." 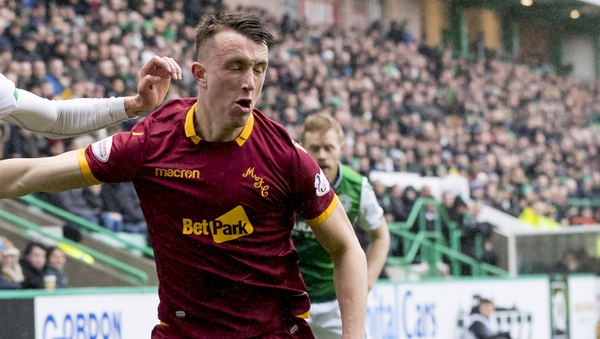 Turnbull to stay at Motherwell after Celtic move collapses