Chelsea will begin their pre-season campaign with a Dublin double-header against St Patrick's Athletic and Bohemians in July.

The Blues open their Premier League campaign with a testing trip to Old Trafford on 11 August, and will begin their preparations with a training trip to Dublin to take on the two SSE Airtricity League sides.

First up for Chelsea, will be a trip to Dalymount Park to take on Bohemians on Wednesday, 10 July at 7:45pm, before meeting St Pat's at Richmond Park the following Saturday, 13 July at 2pm.

While the west London side are expected to travel with a strong squad, the St Patrick's Athletic game comes in between the Inchicore side's Europa League double header with Norrkoping of Sweden.

"The game will serve as preparation for the Saints before the second leg of their UEFA Europa League First Qualifying Round second leg tie," said the Richmond Park club, whose league fixture was previously rescheduled to accommodate their European endeavours. 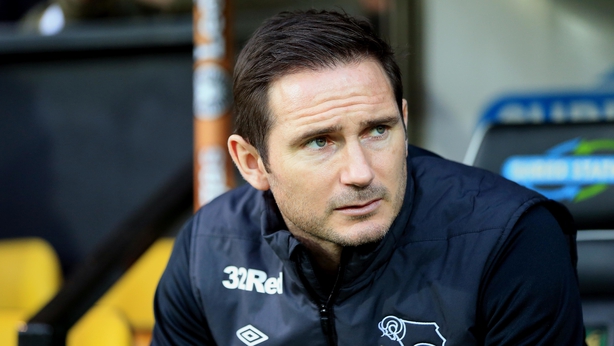 The Bohemians fixture fills a hole in the schedule for the Dalymount club who have league matches on 5 and 19 July.

Bohs said the club are "honoured to confirm that we will host Europa League champions Chelsea FC".

Managerless Chelsea are expected to announce Frank Lampard (above) as their new boss in the coming days and the visit to face the Gypsies should prove the former midfielder's first match in charge, should he leave Derby County.

Following the trip to Dublin, Chelsea head east for a tour of Japan, where they will first face Kawasaki Frontale before taking on Barcelona.

Chelsea will then take on Reading, RB Salzburg and Borussia Monchengladbach before their league opener at United.