Chelsea are working to make Frank Lampard their new manager after being granted permission to talk to their former midfielder by current club Derby.

The 41-year-old has been linked with a return to Stamford Bridge for some time with speculation dating back to before Maurizio Sarri's departure for Serie A champions Juventus last month.

A formal approach has now been made with the Rams - who were beaten by Aston Villa in the Championship play-off final - having given Blues chiefs the chance to sell their vision to the former England international.

A statement on Derby's official website side: "Derby County Football Club can confirm that they have granted permission for Chelsea Football Club to speak to Frank Lampard about the vacant managerial position at Stamford Bridge.

"With pre-season fast approaching for both clubs, it is hoped this will allow Chelsea to swiftly conclude their discussions.

"The club will make no further comment until it is appropriate to do so."

The Italian led the club to Europa League glory and a third-place Premier League finish.

Lampard, who joined the club in a £11m switch from West Ham in 2001, is revered by fans who saw him establish himself as the Blues' record goalscorer during a playing stint which amounted to 648 appearances.

His stay brought success in the Champions League in 2012 and the Europa League a year later, as well as three Premier League titles, four FA Cups and two League Cups.

Should talks conclude successfully, Lampard will lead the club into the Champions League next season, although he will also have to cope with a FIFA-imposed two-window transfer ban should they fail in their bid to have it overturned at the Court of Arbitration for Sport.

Derby would be due compensation if their manager was prised from their grasp, although that would be offset by the sum Juventus paid to acquire Sarri's services. 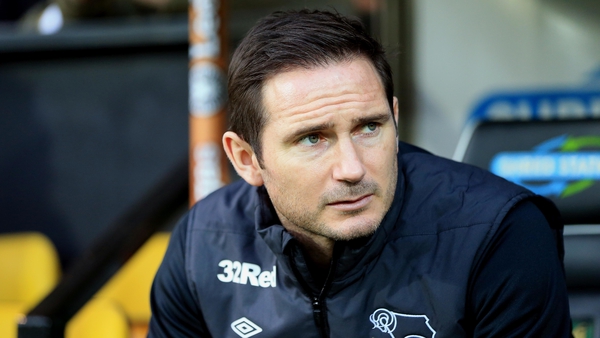