Norway beat Australia 4-1 on penalties to reach the women's World Cup quarter-finals for the first time since 2007 following a highly-entertaining 1-1 draw after extra time.

Norway's Isabell Herlovsen opened the scoring shortly after the half hour but Elise Kellond-Knight's direct corner seven minutes from time sent the game into extra time -- during which Australia's Alanna Kennedy was sent off.

Australia missed their first two spot-kicks in the shootout and Ingrid Syrstad Engen buried the winning penalty to send Norway through.

They will face either England or Cameroon for a place in the last four. 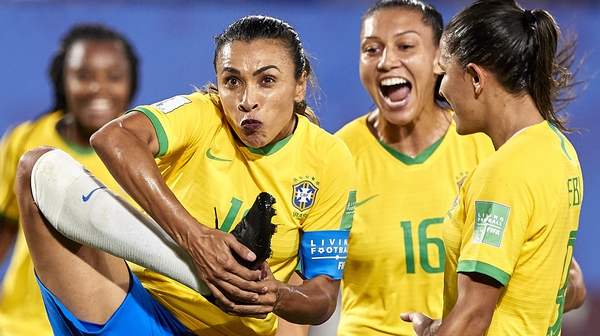 Marta: Breaking World Cup record a story for all women