Richie Sadlier and Emma Byrne were both in agreement that goalkeeper Chiamaka Nnadozie was the victim of a "very harsh" VAR call in Nigeria's 1-0 Women’s World Cup defeat to France.

The hosts preserved their perfect record to top Group A against 10-woman Nigeria thanks to Wendie Renard's controversial 79th-minute penalty.

Her first attempt hit the outside of the post, but the kick had to be retaken because Nnadozie moved off her line and the centre-back coolly converted at the second time of asking.

Recent rule changes state a goalkeeper must have one of his/her feet partly on the goal line (or above it if jumping) when the kick is taken.

"By the letter of the law, the goalkeeper in these situations has to keep at least one part of one foot on the line," Sadlier told viewers. "By probably millimetres, she [Nnadozie] she fails to do that.

"It is the correct use of VAR in that it was an error by the goalkeeper, but to describe that as clear and obvious would be very, very harsh.

'I can't see them consistently calling goalkeepers out on this, it just won't wash' - Emma Byrne and Richie Sadlier believe Nigeria were the victims of harsh interpretation of a new penalty rule #WWC2019 pic.twitter.com/7IvSAz5lPb

"The right outcome was reached in that the law of the game was applied, but incredibly harsh call on the goalkeeper in these circumstances.

Former Republic of Ireland shot-stopper Byrne is skeptical whether such a stringent application of the law will continue.

"People want to see goals, but in this case it was really, really harsh. You see goalkeepers and they do take too many steps and fair enough, but I can’t seen them consistently calling goalkeepers out on this.

"It is a huge advantage when you encroach, but in this case it wasn’t an advantage and she missed." 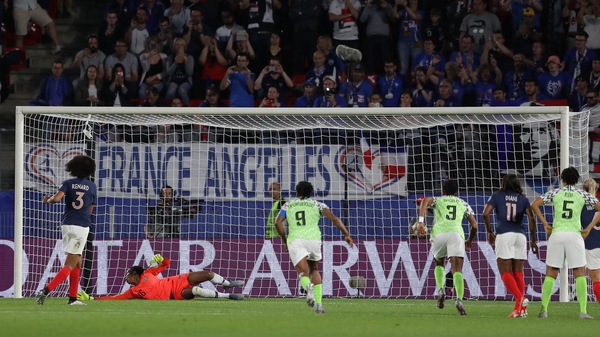