Lucy Bronze is relishing the prospect of playing for England at a World Cup in France and hopes a notable personal run continues in the latter stages.

The eighth edition of the FIFA Women's World Cup gets under way on Friday when the hosts face South Korea in Paris, while England kick off their campaign two days later with a clash against Scotland in Nice.

The venue for the semi-finals and the final is Groupama Stadium, where Lyon Feminin play some of their home matches.

Bronze has been with the six-time Women's Champions League winners for the past two seasons, having previously played for Manchester City.

And the 27-year-old said: "Obviously I've played numerous games there and I've yet to lose a game in that stadium.

"So I kind of like playing there, if that speaks for anything!

"I'm so excited to play in France (at the World Cup). I moved to Lyon knowing the semi-final and the final were going to be played in my kind of home city. I go to that stadium every day (Lyon's training centre is next to it) and dream about the World Cup.

"If we get to the final, the atmosphere I know is going to be amazing, and for me personally it is definitely going to be a little bit more special." 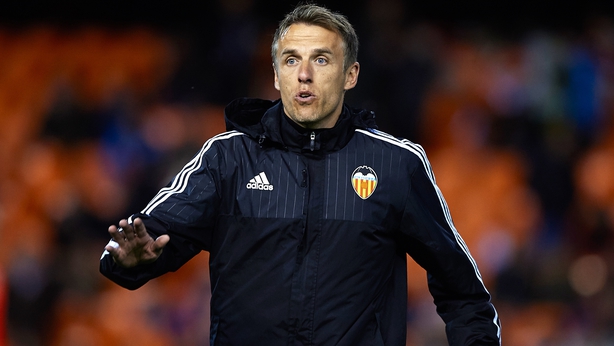 Bronze, who has said she has repeatedly visualised England winning the trophy at the stadium in Lyon, was a key player in the sides that finished third at the 2015 World Cup in Canada and got to the semi-finals of Euro 2017 in Holland.

In 2018 she was named among the nominees for the inaugural Women's Ballon d'Or award.

While she has been spoken of as the best right-back in the women's game, England boss Phil Neville has opted to deploy Bronze in midfield at times this year and he recently said that would continue at the World Cup.

Bronze said: "Wherever Phil wants to play me, or any player, I'm sure everybody is going to be up to the job of doing what he asks us to do. If he wants me to play right-back or in midfield, I'm happy to take that role.

"I'm still learning a lot in every role I play in this team. Whether that is as a player, or as a leader, as a more experienced player, I've got a lot to learn in so many different ways. Playing in midfield is only going to add to that for me.

"I love the variation. I think Phil and anybody that knows me really well knows I love a challenge, and for me playing in a new position is a huge challenge.

"I've played right-back for predominantly my whole life and I've got to the top of my game playing there, so it's a good challenge for me to try to hone in on another position.

"It might be successful, it might not. But I'm willing to try and willing to improve as a player and do what I can to help the team win the World Cup."