Olympique Lyonnais forward Hegerberg, 23, will work at the women’s World Cup in France as a TV pundit instead of leading the Norway attack, having said previously she quit international football in 2017 due to a dispute with her home federation about how women's football is treated in the country.

"It was tough at so many camps. I have been broken mentally," Ada Hegerberg told Norwegian soccer magazine Josimar.

"It has been a deeply depressing feeling. I had nightmares after being with the national team, you shouldn't have things like that. If you want to get anywhere in life you have to make choices. 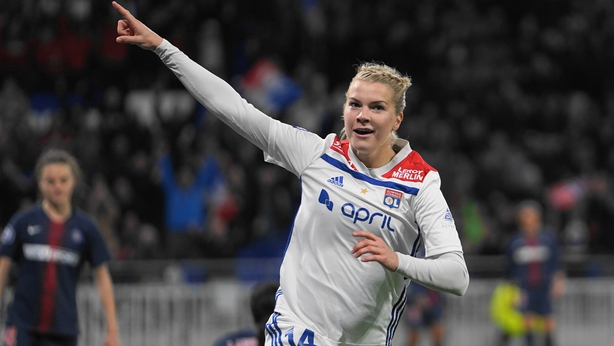 "Immediately the thought came into my mind - 'I think I'll have to stop playing for the national team’. (Then) everything just ran off and I started to sleep well again."

The Norwegian association has since agreed to double the remuneration pot for women from 3.1m Norwegian crowns (€315,000) to 6m crowns, but Hegerberg remains steadfast in her decision to boycott the national side.

"It can be tough to stand alone for something you believe in. But that’s something I’m willing to take to keep my values, and what I believe in and where I want to go," Hegerberg told CNN last month.

"I was really honest with the national team representative. What I felt wasn’t good enough – it’s not good enough."

Norway have been drawn in Group A at the World Cup along with hosts France, South Korea and Nigeria, and open their campaign against the latter on Saturday.