Beginning on Friday with the opening ceremony and the Group A meeting of hosts France and Korea on TG4, RTÉ and TG4 will share coverage throughout the duration of the tournament with all games, for the first time, free-to-air for Irish viewers.

RTÉ2 and RTÉ Player will kick off their coverage this Saturday with Norway v Nigeria live.

"It’s a great step forward for women’s sport that our national broadcaster are showing the World Cup.

"In some game you might see a big contrast in quality, there’s a lot of teams who are a little bit further behind but the likes of England, USA, Netherlands, they’ve got some very good quality players.

"There’s going to be some very exciting games, particularly later on in the tournament." 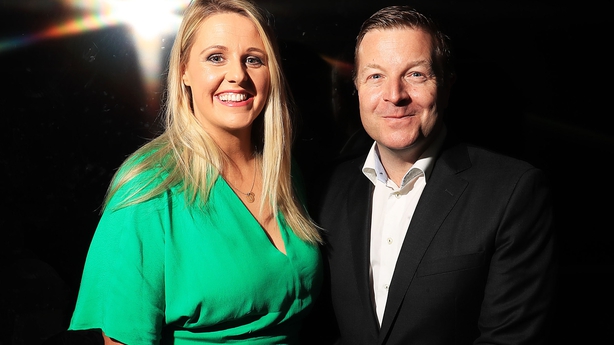 RTÉ2 and RTÉ Player will broadcast 23 matches including three of the quarter-finals, one semi-final and the final on Sunday 7 July plus a highlights programme each morning.

TG4 will broadcast 29 matches in total including the opening match, one quarter-final, one semi final, the match for 3rd place and highlights of the final.

Declan McBennett, RTÉ Group Head of Sport said: "RTÉ are delighted that alongside TG4 we are, for the first time ever, bringing the FIFA Women’s World Cup in its entirety free-to-air to Irish viewers.

"We are very much looking forward to the big kick-off this weekend and to showcasing the very best of women’s sport in one of the year’s biggest global events."

The coverage of the entire FIFA Women’s World Cup 2019 tournament demonstrates both broadcasters continued commitment as Official 20 x 20 Partners aiming to achieve a genuine and positive shift for girls and women in sport in Ireland.