The Brazilian missed Liverpool's final three matches of the season.

While Klopp admitted he was ready to start, he was reluctant to give too much away about his lineup.

Klopp said: "Yes, he is ready (to start). If Poch (Mauricio Pochettino) afterwards says the exact line-up then call me and I'll tell you.

"He is fit, he has trained and he is here. If nothing happened since he left the plane he should be fine." 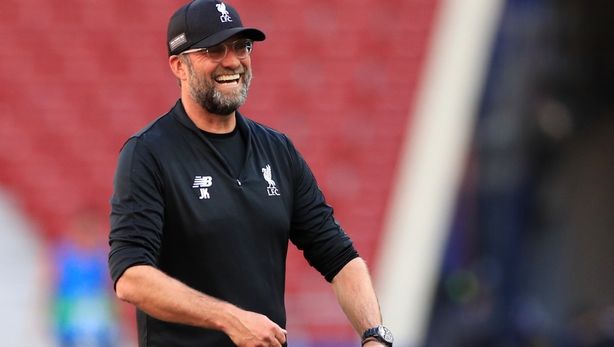 Klopp also dismissed any talk about his record in finals - he has lost his last six - and does not believe winning them has anything to do with luck or fate.

"If I would be the reason for losing six finals in a row then everyone should worry," Klopp said.

"Do you think I have an unlucky career? All my career was not unlucky, I am probably the world record holder in the last seven years in winning semi-finals.

"If I were to sit in the room and think it is all about me, I am the reason, if I saw myself as a loser, then we would have a problem but I don't see myself as this. If I were to be the reason for losing six years in a row, then everyone needs to worry.

"But we go in a situation where we learn - not from last season's final as there were three strange goals - a lot from our time together.

"We want to win with all we have and with things that happened in the past I can take confidence from."

Liverpool fans on the road to Madrid ahead of the #ChampionsLeague final against Spurs, reports @OFlynnPaul #rtesoccer pic.twitter.com/mv9aEZCcV0