Tottenham captain Hugo Lloris is desperate to win the Champions League to honour his "amazing" relationship with Mauricio Pochettino.

The France goalkeeper has been a key part of Spurs' rise during the five years of Pochettino's reign after being made captain.

He has been a lieutenant and leader on the pitch, while the Argentinian stood by his man earlier this season when Lloris was convicted of drink-driving.

Lloris showed his appreciation for his manager last summer when he gave him a replica of the World Cup trophy he won with France, a memento which currently resides in Pochettino's office.

The 32 year old is about to play another massive final as Spurs go for glory in the Champions League when they take on Liverpool in Madrid on Saturday and is driven on by his desire to repay Pochettino.

"I'm really grateful. I think in life or in your career there is always some amazing meeting in terms of person, and it's been the case with Mauricio," he said.

"And you know we are all ambitious and we are all working every day in the club to make history.

"We could not do it before in the Premier League but we've done very well the last four years to reach the top four.

"And we have a fantastic opportunity in the Champions League. It's the biggest trophy that you can win and when it's in front of you you must do everything to get it.

"And it's even more when you do it with people that you really want to do it, with Mauricio. It means even more.

"It's even better when the relationship is stronger and that is the case with my team-mates and with the manager and we want to do it together." 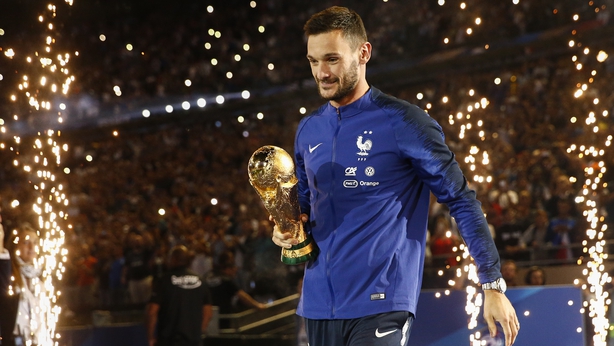 Lloris has both good and bad experiences of playing major finals with France, having won the World Cup last summer two years after his country were beaten on home soil in the final of Euro 2016.

"It's the biggest trophy and this is what you are working for every day," he added. "And you never know what will be the next opportunity in front of you.

"It was the case after the final of the Euros when we lost, we were so bad because we lost at home in France and at this moment we could not expect that two years later we would win the World Cup.

"Even after the World Cup, I could not expect to be involved in the Champions League final one year later.

"The difference is massive between being runner-up and being winner.

"To win you are over the moon and to lose is very, very painful.

"But there is always something to learn in both cases. Of course we just want to know the right final in winning the game."

And Lloris knows what lifting both of the two biggest trophies in football in the space of 12 months would mean.

"We are all aware about this situation," he said. "It's a massive opportunity for the club to put a stamp in Champions League history.

"And then with my team-mates, with the coaching staff, with the gaffer, it's to write the history of the club.

"This is what you are looking for as a player, when you sign for a club, is to help the club to improve, to develop, and mainly to write one page of the history of the club."

Follow the Champions League final between Tottenham and Liverpool via our live blog on RTÉ.ie/sport and the News Now app.