Maurizio Sarri appeared to storm out of training on the eve of Chelsea's Europa League final against Arsenal in Baku.

The Blues manager threw his club baseball cap to the turf, kicked it, picked it up and threw it down again, before walking down the Baku Olympic Stadium tunnel.

Chelsea were approached for comment on the matter, which came just hours after Sarri had revealed the growing love for his players amid rumours surrounding his long-term future.

Sarri has already led Chelsea to next term's Champions League courtesy of a third-place Premier League finish, but doubts remain over his Stamford Bridge tenure after an often fractious first campaign in London.

"The beginning of the season was really very difficult for me to understand my players, the mentality," said Sarri.

"But after a very difficult month in January, in February they started to change, I think, probably I changed, I don't know.

"In this moment I love them, because I have 20, 22 wonderful men and wonderful players. So now I am really very happy with them.

Asked if he could end up at Juventus next season, Sarri added: "I want to think only to the final of course, then I have a contract with Chelsea for two years.

"So first of all I will speak with Chelsea, but this is not the moment. Now we have only to think to the final." 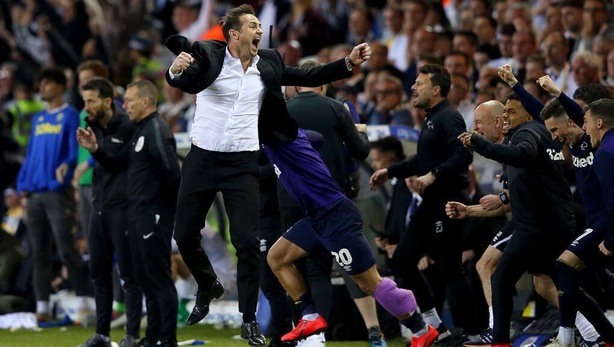 Derby boss Frank Lampard has been linked with a Chelsea move should Sarri leave, and despite swatting away speculation the current Blues manager conceded that Wednesday night's outcome could very well map out his future.

Asked if the Europa League final represents the biggest moment of his life, Sarri replied: "I don't know. I don't know. Because the feeling from the coach between a coach and a journalist is different.

"Of course this match for the media is the most important of my life, but probably not for me. I will only be able to answer tomorrow."

Boss Sarri insisted he will hand Kante as much time as possible to prove his fitness, but only rated the France star as "50-50" on Tuesday evening. 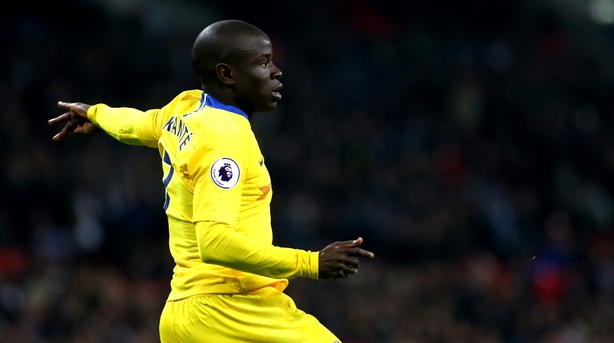 Jorginho, Mateo Kovacic and Ross Barkley will start should Kante miss out.

"Kante had a very little problem with his knee," said Sarri. "The problem is the timing, because we have only four days.

"We are trying. It's not really a very serious injury. We have the problem of the three, four days to try to recover him.

"For us N'Golo really is very important. He is the only defensive midfielder that we have.

"So for us Kante is really very important, we are trying to recover him.

"We'll try tomorrow morning. I hope to recover him because I know without N'Golo for us is a problem."