Signed to much fanfare from Arsenal 16 months ago, the 30-year-old has got nowhere near repaying the club's faith and his eye-watering pay packet.

Sanchez managed just two goals across 27 appearances in all competitions for United in 2018-19, leading to widespread talk of the club cutting their losses this summer.

Treble hero Cole knows all about finding the net at Old Trafford and is confident the Chilean will bounce back, even if the current situation reminds him of Fernando Torres' disappointing time at Chelsea after leaving Liverpool.

"That's the million dollar question because there's noises that he might not be there, whatever.

"Sanchez is a bit like the Torres thing. You know, when Torres left Liverpool and went to Chelsea, all of a sudden he wasn't the same individual and left everyone scratching their head.

"I think the situation with Sanchez now has got everyone scratching their head.

"For what he was at Arsenal and then coming to Manchester United, you turn and say, 'well, where has it kind of gone wrong?' Because you can't become a bad player overnight. You cannot do it.

"If it's at Manchester United we'll have to wait and see but you just can't become a bad player overnight because he has too many qualities." 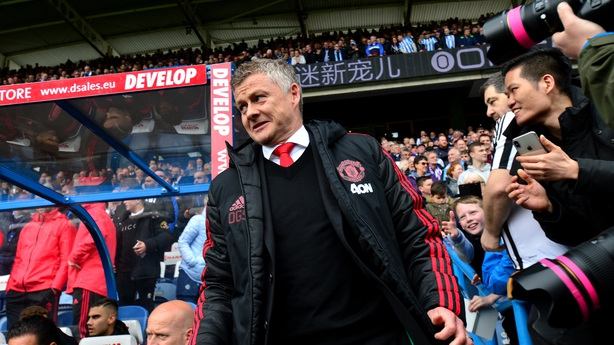 Sanchez's form may have been the most startling but he certainly was not alone in a season to forget.

The season-ending 2-0 home loss to relegated Cardiff underlined the work required, with Cole highlighting the need for former team-mate Ole Gunnar Solskjaer to get United firing in front of goal again.

"The centre forwards score goals, the wide men score goals - and you do miss that.

"You do miss that because that's what you're supposed to do. You've got to score goals when you're are Man United.

"So, no doubt Ole will look at that in the summer and say 'right, where can I get more goals from?', 'where am I looking to strengthen in the summer?" and just go from there."

The need for change at United is as clear as Cole's support for Solskjaer.

"Ole is Ole," Cole said. "For what I know of Ole, Ole has not changed. He looks like he is the same person.

"I saw him when he first took over as caretaker manager. I spoke to him and Ole spoke to me like Ole. It's as simple as that.

"He didn't speak to me like he was the manager of Manchester United. No, we spoke like we were team-mates.

"That's what I like because sometimes people get jobs and they believe 'I am on higher platform to you now' or whatever. But, no, because we're all equal.

"But to stand there and to speak to Ole, it was fantastic to look at him and say 'wow, now your manager of Manchester United and fair play to you - you've done so well taking the job'.

"Yeah, towards the back end of the season it tapered off a little bit, but he's got a big summer ahead of him and a new campaign he can look forward to."