Mark Travers has everything required to become the Republic of Ireland's best goalkeeper, according to coach Alan Kelly.

The 20-year-old made a hugely impressive Premier League debut for Bournemouth in their vital 1-0 victory over Tottenham, and retained his place for a more taxing afternoon in the final-day 5-3 defeat at Crystal Palace.

His season is not yet over after he was named in the Ireland squad for the Euro 2020 qualifiers against Denmark and Gibraltar next month, and he is currently in Portugal with Mick McCarthy's panel for a training camp working under the watchful eye of goalkeeping coach Kelly.

Asked how good the youngster can be, Kelly said: "From what he showed in that first game, it's up to him. I think it's the belief of the manager and the management team at Bournemouth that they can stick with him and believe in him like they have done for the two games.

Kelly was delighted to see Travers perform so well after being thrown in at the deep end, but the quality of his display and his reaction to it came as no surprise.

He said: "The work that he's put in, which goes unseen behind the scenes, has come to the fore now and to make a debut like that is incredible in terms of the pressure of the game, it's your first game...

"As a goalkeeper, that's a fantastic attribute to have." 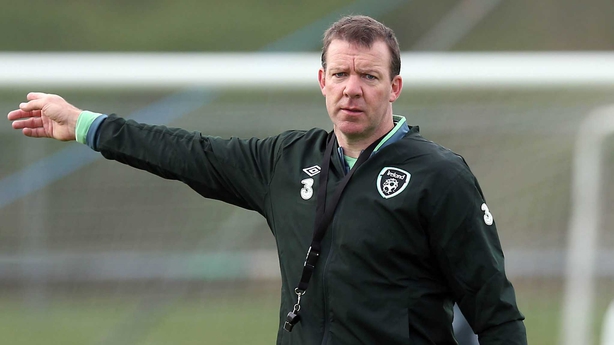 If Travers' challenge now is to attempt to persuade club boss Eddie Howe that he has what it takes to become a first-team regular, he has another on his hands if he is to edge past Ireland's number one Darren Randolph.

The Middlesbrough keeper was the club's stand-out performer during a season which ultimately ended in disappointment as they narrowly missed out on the play-offs, and Ireland will hope for more of the same over the coming weeks.

Kelly said: "He's a pure athlete - when you see his athletic ability in terms of making the saves, which was shown against Gibraltar and the save he made there, the reaction save.

"But the calmness that he brings to a defence and a team, it's one of those things that goes unseen, probably, by the fans, but that's what he really brings to a team, a calmness and a reliability, and he also has that special quality of being able to make the right save at the right time, which he did in Gibraltar.

"I've always rated Darren very, very highly since he was a young lad, and I'm delighted that he's made the jersey his own and is performing to an unbelievable standard."