Mick McCarthy emphasised that he had no ulterior motive following the selection of Luca Connell for the Republic of Ireland squad ahead of the upcoming Euro 2020 qualifiers.

The Ireland manager included the Bolton Wanderers midfielder in his final squad on Monday ahead of this week’s training camp taking place in Quinta do Lago in Portugal.

Connell was not named in the provisional squad earlier in the month but having impressed at his club this season, the manager was keen to have a closer look at the 18-year-old.

Liverpool-born Connell has already played for Ireland at Under-17 and Under-19 level and McCarthy explained that there was nothing mischievous about the player’s selection ahead of the games with Denmark and Gibraltar.

As with Jack Grealish and Declan Rice, and any other player yet to play a competitive fixture for the senior side, they are free to explore other options should they have dual nationality.

But McCarthy maintains that as far as he is concerned, and having spoken to the player and his Dad, Connell is Irish and will only get to sample competitive action if he deserves it on merit. 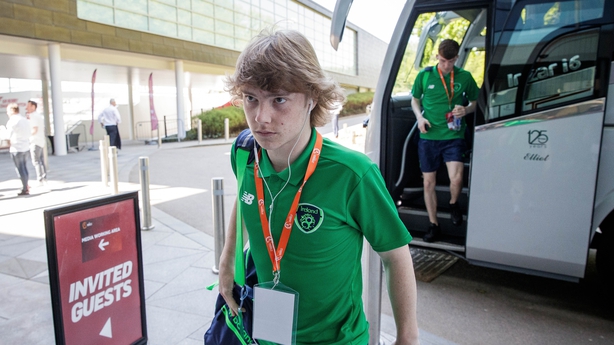 "I’ve not brought him in for that," said McCarthy, speaking to RTÉ Sport’s Tony O’Donoghue in Portugal.

"I’ve brought him into the full squad and I’m hoping that he wants to be there.

"He was playing for the Under-17s so as far as I’m concerned, he is Irish and he wants to play for Ireland."

And while McCarthy was very specific on his intentions ahead of the double-header, the Ireland manager would not rule out Connell featuring in one or both of the games.

"Who knows? If he rips it up and is the best player in training next week...

"So if he gets a game in any of the games, he will get it on merit, it’s not me being mischievous."

McCarthy revealed that he had yet to see Connell live in action, but had received excellent reports about the in-demand midfielder, while he also outlined the attributes that he believes the teenager can bring to the squad.

"He just impressed me and he has impressed everyone else, the bits I’ve seen of him on TV, I have not seen him live.

"He is technically very good. He is a left footer. He gets you playing and he can find a pass."

With seventeen days to wait until Ireland take to the field in Copenhagen on 7 June, McCarthy revealed the main reason for the training camp in the Algarve resort was to get the players back playing again following the end of their club season.

"It is to get everyone back playing football and thinking about the upcoming matches," explained McCarthy.

"It’s great here. It’s something different and they will get a chance to have a bit of R ‘n’ R as well, so I am looking forward to the week."

The entire squad travelled to Portugal with the exception of Conor Hourihane, Glenn Whelan, Richard Keogh and Josh Cullen who remain with their clubs on play-off duty ahead of the Wembley games this weekend. 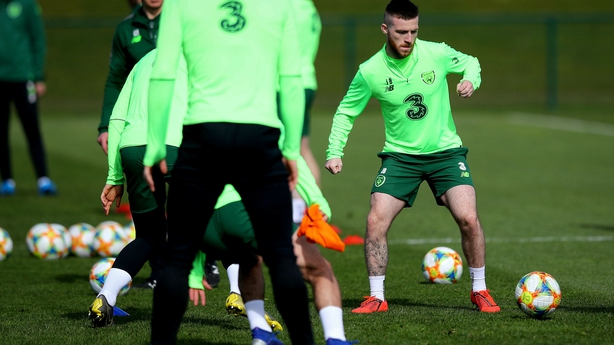 But two players who were not named in the final squad were midfield duo Bournemouth’s Harry Arter and Jack Byrne who plays for Shamrock Rovers.

McCarthy confirmed that Arter’s absence was purely down to fitness, while Byrne’s season with Rovers continues and the manager said that he was an option for the games should he be required.

"Harry Arter is injured, that is the only reason. He has a tear in his calf and had no chance of making it back for the training camp.

"Jack has got games to play with Shamrock Rovers and they are trying to win the league, so I am sure that they are happy to have him.

"If I need Jack, he will be there when we get back."