Barcelona captain and La Liga top scorer Lionel Messi rounded off a spectacular season by netting twice in a 2-2 draw away to Eibar in the champions' final game on Sunday, taking his tally to a remarkable 36 goals.

Eibar went ahead in the 20th minute with a strike from Barca's on-loan midfielder Marc Cucurella which squirmed under keeper Jasper Cillessen but Messi levelled in the 31st, sneaking into the box to meet a pass from Arturo Vidal and score.

Malcom and Gerard Pique missed second-half chances for the champions while Cucurella spurned an even better opportunity for Eibar.

Barca finished the campaign on 87 points, 11 clear of runners-up Atletico Madrid and 19 ahead of Real Madrid in third. 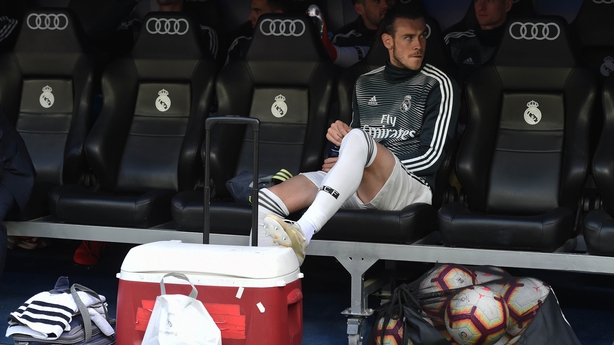 Real Madrid's harrowing season came to a fittingly miserable end as they slumped to a staggering 12th La Liga defeat, losing 2-0 at home to Real Betis as many fans left the stadium early and those who stayed booed the players off the pitch.

With Gareth Bale, Toni Kroos and Thibaut Courtois all stuck on the bench, Betis forward Loren Moron put the visitors in front in the 61st minute, completing a sweeping counter-attack by slamming the ball into the roof of the net from close range.

Former Madrid forward Jese Rodriguez sealed the victory for Betis, who finished the season 10th in the standings but have earned away victories at the Nou Camp and the Santiago Bernabeu, by tapping into the net unmarked in the 75th.

Madrid ended the campaign third in the standings on 68 points, their lowest total since the 2001/02 season, while they lost 12 league games for the first time since the 1998/99 campaign.

They finished eight points behind runners up Atletico Madrid and are 18 behind champions Barcelona, who visit Eibar later on Sunday.

Madrid's only good opening in another dismal display fell to top scorer Karim Benzema, who struck the post from inside the box in the first half.

Betis dominated the play and would have scored earlier had it not been for some impressive saves from Keylor Navas, who was given a rousing reception from supporters in what was believed to be his last game for the club.

Spanish media reports also say that Bale will not be at the club next season, but the Wales forward, who was left out of the squad for last week's defeat at Real Sociedad, was given no opportunity for a final run out at the Bernabeu.