Goals in each half from Dean Jarvis and John Mountney as enough to earn the Champions the three points and end John Cotter’s winning start since taking interim charge of City.

Vinny Perth made three changes to the side that defeated Bohemians 2-0 at Dalymount Park last time out with John Mountney, Patrick Hoban and Daniel Cleary replacing Georgie Kelly, Daniel Kelly and Sean Hoare.

City looked to press them high up the pitch in the opening exchanges but the Lilywhites remained unfazed and they took the lead in the tenth minute through Dean Jarvis.

Michael Duffy’s free-kick from the right wing was headed clear by Sean McLoughlin but only towards Patrick McEleney on the edge of the area.

After an excellent first touch, McEleney’s curled effort was parried by goalkeeper Mark McNulty after the ball bounced in front of him and allowed Jarvis to slot home the rebound from close range.

John Cotter made just one alteration from his starting eleven which comfortable beat U.C.D 2-0 at this venue last Friday night with Gary Boylan coming in for the injured Dan Casey.

The Leesiders were looking to respond to that setback – the first goal conceded since Cotter took control of the first team- and they threatened to snatch an equaliser from a set piece with 13 minutes on the clock.

James Tilley whipped a dangerous corner across the face of goal but Conor McCarthy just wasn’t able to touch it home at the back post.

The 2018 Double winners remained in control of proceedings and they had a glorious opportunity to double their lead just shy of the half an hour mark.

Garry Comerford brought Sean Gannon down inside the box giving referee Robert Rogers no other option than to signal for a penalty kick.

But following a lengthy delay, striker Patrick Hoban drilled his shot against the outside of the right post much to the relief of the majority of the 3,334 crowd in attendance.

City were lifted following that let off and Graham Cummins was quality of spurning two great chances for an equaliser as the first half drew to a close. 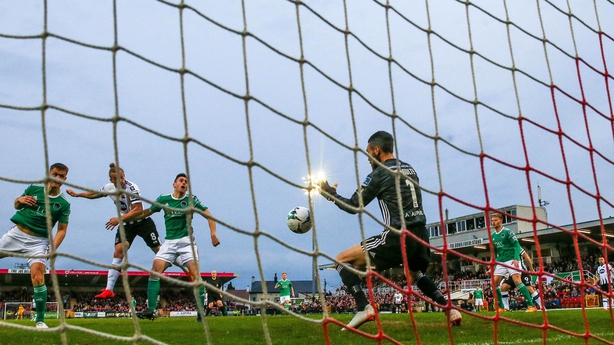 The Cork number nine headed a Daire O’Connor cross over the bar from a few yards moments before he failed to beat the Dundalk keeper when through on goal.

Comerford’s clever long throw released Cummins but after he turned inside his man, his low drive when one on one with Gary Rogers was saved by the feet of the experienced shot-stopper.

The visitors had the final chance of the half shortly before the break but Sean Murray’s low strike was easily saved by McNulty.

The Champions started the second period on the front foot and they finally made it 2-0 in the 50thminute following a sweeping attacking move.

Patrick McEleney picked out Sean Gannon on the right wing and his precise cross was headed into the roof of the net by the onrushing John Mountney.

They almost added a third on 53 but Patrick Hoban’s fierce drive deflected narrowly wide of the far post after Mountney’s initial shot was blocked.

Mountney had another chance on the hour but his low sidefoot from Hoban’s lay off was straight at McNulty.

City, to their credit, continued to battle and their hopes of mounting an unlikely comeback were boosted when Mountney was sent off for a second yellow card offence.

James Tilley had earlier bent a long-range curler inches wide of the bottom left corner but their final attempt of setting up an interesting finale fell to Daire O’Connor but he rolled the ball harmlessly wide of the target from distance. 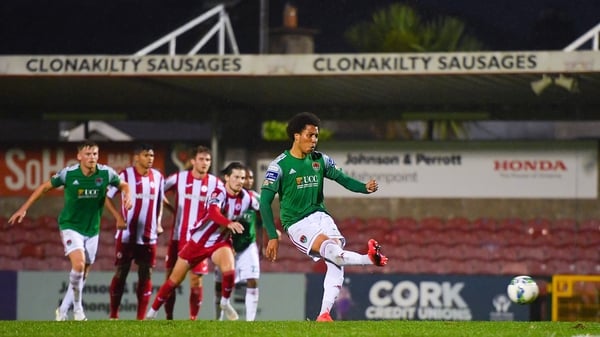 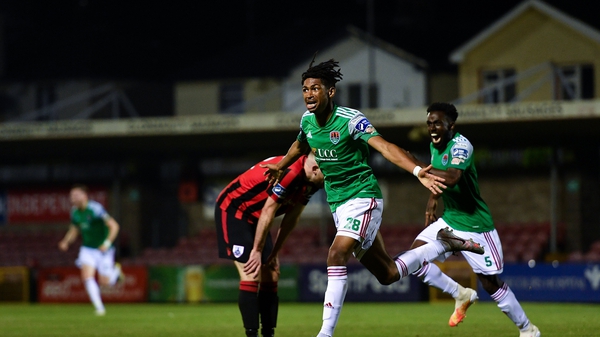 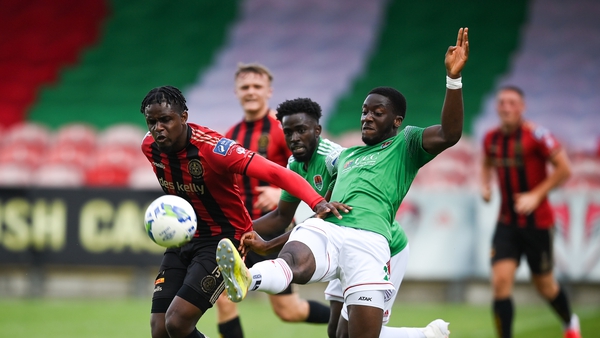 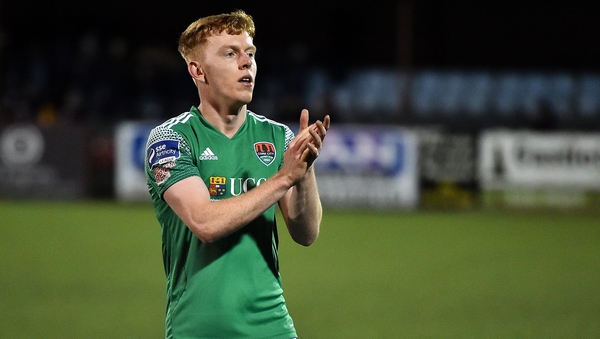