Neil Lennon has robustly defended his "overlooked" record at Celtic following increased negativity in the wake of Sunday's 2-0 defeat by Rangers.

The Old Firm loss at Ibrox was the county Armagh man's first in 12 matches since he was brought in until the end of the season after Brendan Rodgers suddenly left for Leicester in February.

The former Parkhead captain, coach and manager had already guided the Hoops to the Ladbrokes Premiership title, their eighth in succession, but fans are still split over whether or not he should be given the job permanently.

The champions will collect their trophy at Sunday's home game against Hearts and they have the chance to achieve an unprecedented domestic triple treble when they take on the Jambos in the William Hill Scottish Cup final at Hampden Park on May 25.

Speaking at the club's Lennoxtown training complex, the former Bolton and Hibernian boss did not categorically say he wanted the Celtic post on a full-time basis again, but said: "There is no evidence to suggest I can't take the job on.

"I have been here since 2000. In that time Celtic have won 14 league titles and I have played a part in 10 of them, so I think I know how to win titles here.

"I think that gets overlooked. If we win the cup, that will be my seventh cup and any time we lost the league that I have been involved in it was on the last day of the season.

"Any time we have won the league as a player, coach or manager, we have skooshed it.

"I would say to those who maybe doubt my credentials, they are there in black and white and stand up to anybody who has worked here before.

"I shouldn't have to re-emphasise that, but I am going to just to let people know there is no evidence for me to think I can't do the job.

"We won the league comfortably, we didn't stutter over the line as one journalist said. We have won the League Cup and are in the Scottish Cup final again. A remarkable achievement.

"What more can the players do? All those who are criticising me... the board, the players should take a step back and say: 'You know what? This is pretty special."'

Lennon, who revealed 16-year-old Karamoko Dembele could make first-team debut on Sunday as he rests some players for the final, spoke of a "new breed" of Celtic fans who are taking the club's current success for granted.

"I think there is a new breed of supporters, whether it be here or elsewhere," he said.

"Since 19 or 20 years ago, the only thing they have really seen is success. They don't remember the 1990s as the older generation probably do.

"I can't take it for granted. They might. That comes from an immaturity from their point of view.

"We have one more game to achieve something historic. My contract expires at the end of May and after the cup final I will sit down with whoever. 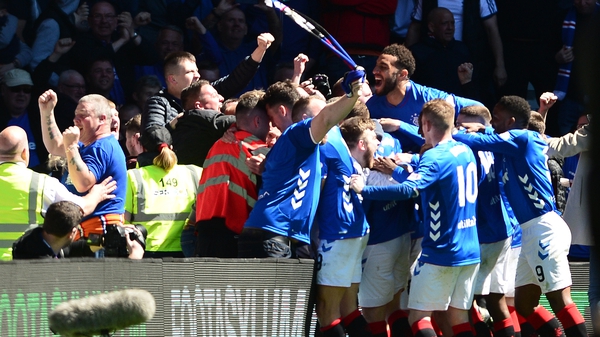